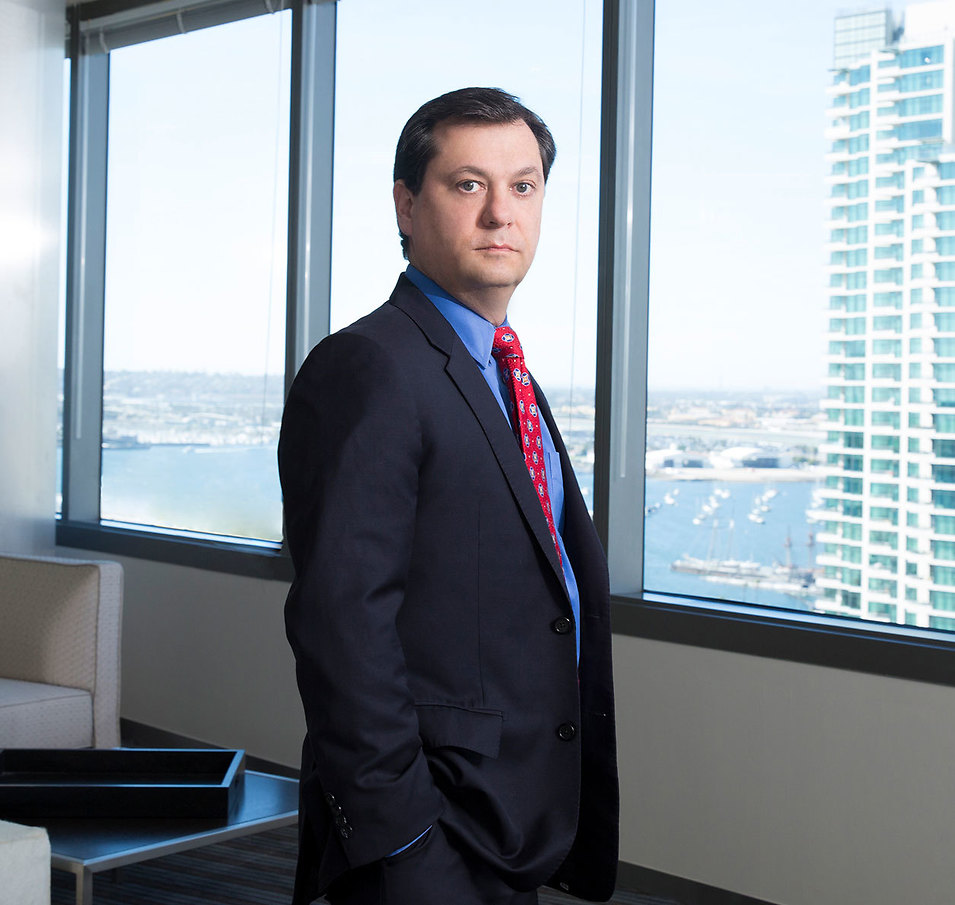 The strength of our commitment to excellence is reflected in our unmatched record of success.

Darren Robbins is a founding partner of Robbins Geller Rudman & Dowd LLP. Over the last two decades, Darren has served as lead counsel in more than 100 securities class actions and has recovered billions of dollars for investors.

Darren recently served as lead counsel in In re Am. Realty Cap. Props., Inc. Litig., a securities class action arising out of improper accounting practices, recovering more than $1 billion for class members. The American Realty settlement represents the largest recovery as a percentage of damages of any major class action brought pursuant to the Private Securities Litigation Reform Act of 1995 and resolved prior to trial. The $1+ billion settlement included the largest personal contributions ($237.5 million) ever made by individual defendants to a securities class action settlement.

Darren also led Robbins Geller’s prosecution of wrongdoing related to the sale of residential mortgage-backed securities (RMBS) prior to the global financial crisis, including an RMBS securities class action against Goldman Sachs that yielded a $272 million recovery for investors. Darren served as co-lead counsel in connection with a $627 million recovery for investors in In re Wachovia Preferred Securities & Bond/Notes Litig., one of the largest securities class action settlements ever involving claims brought solely under the Securities Act of 1933.

One of the hallmarks of Darren’s practice has been his focus on corporate governance reform. In UnitedHealth, a securities fraud class action arising out of an options backdating scandal, Darren represented lead plaintiff CalPERS and obtained the cancellation of more than 3.6 million stock options held by the company’s former CEO and secured a record $925 million cash recovery for shareholders. He also negotiated sweeping corporate governance reforms, including the election of a shareholder-nominated director to the company’s board of directors, a mandatory holding period for shares acquired via option exercise, and compensation reforms that tied executive pay to performance. Recently, Darren led a shareholder derivative action brought by several pension funds on behalf of Community Health Systems, Inc. that yielded a $60 million payment to Community Health as well as corporate governance reforms that included two shareholder-nominated directors, the creation and appointment of a Healthcare Law Compliance Coordinator, the implementation of an executive compensation clawback in the event of a restatement, the establishment of an insider trading controls committee, as well as the adoption of a political expenditure disclosure policy.

Darren was named California Lawyer’s Attorney of the Year and has been recognized as one of the nation’s top securities litigators by numerous organizations and publications, including The American Lawyer, which commended him for helping “set the pace for [his] peers,” and Chambers USA, which called him “a prominent figure in the field of securities litigation” and “one of the leaders of the plaintiff Bar.” Darren was also recognized as a Litigator of the Week by The American Lawyer for his work in In re Valeant Pharms. Int’l, Inc. Sec. Litig. Darren was awarded California Lawyer of the Year by the Daily Journal for 2022, and Lawyer of the Year by Best Lawyers® for 2023.