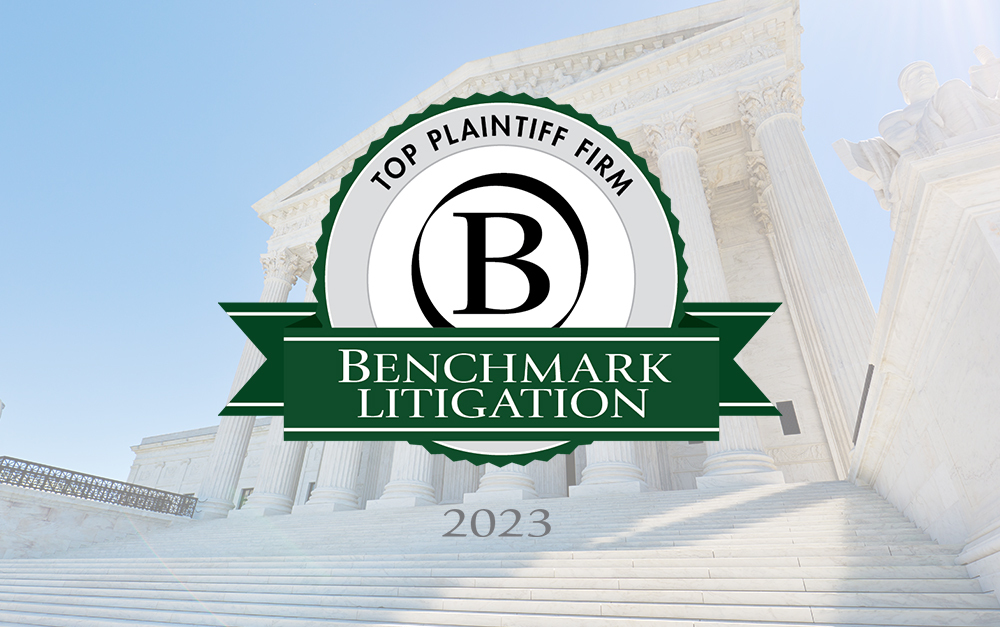 This month, Benchmark Litigation released their 2023 rankings, honoring Robbins Geller Rudman & Dowd LLP as a top firm in the nation in multiple categories. The Firm was ranked nationwide Tier 1 for securities litigation. The Firm was also honored as a Tier 1 Plaintiff Firm, Tier 1 Firm in Securities, and Highly Recommended Firm in Dispute Resolution among law firms in California.

The Firm has secured a string of precedent-setting outcomes in securities litigation on behalf of investors worldwide, including an $809 million recovery (pending final court approval) in a securities fraud class action against Twitter and a $1.21 billion settlement against Valeant Pharmaceuticals, the largest-ever securities class action recovery against a pharmaceutical manufacturer.

The Firm has also been a leader in complex class action litigation across the country.

“We’re honored and humbled by this recognition. We have a very special team here that shares a passion for helping others,” stated Darren J. Robbins, a partner in the Firm’s San Diego office. “It's a privilege every day to assist clients in seeing wrongs righted, and it’s their commitment and passion that drives the results we’ve been able to achieve,” he added.

The Benchmark Litigation awards celebrate the leading litigators across the United States and recognize “distinguished litigators and their firms” for their work. For more information on their methodology, click here.