Litigators of the Week: How Robbins Geller Landed a $1.2B Settlement in the Valeant Pharmaceuticals Securities Case

Jim Barz and Darren Robbins of Robbins Geller Rudman & Dowd got sign-off this week on the ninth-largest PSLRA settlement ever. 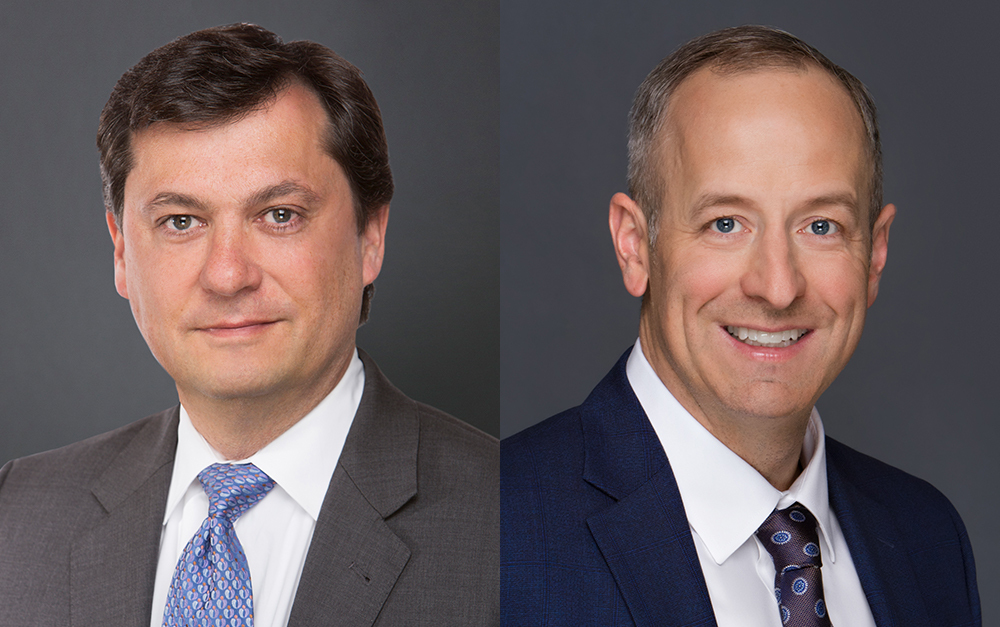 By Ross Todd
February 5, 2021
Article excerpts reprinted with the permission of The American Lawyer.

There are any number of ways to take stock of the overall impact of a securities class action settlement. But one of my favorites is having a look at what Wall Street has to say about the ultimate outcome.

In the case of the $1.21 billion dollar settlement Valeant Pharmaceuticals reached with investors, the number beat analyst expectations, especially since the company only had $825 million in cash on-hand at the time the deal was announced in late 2019. Plaintiffs accused the company, which caught flack from lawmakers in the middle of the last decade for buying up old drugs and raising their prices, of forming a secret network of captive pharmacies to artificially inflate sales to fraudulently prop up the company’s stock price. Both Guggenheim Securities and Bloomberg Intelligence said the settlement amount was larger than anticipated. Wells Fargo went a step further saying that “the settlement amount is much larger than Street expectations.”

Lit Daily: Who was your client and why did they bring this suit?

Darren Robbins: This case was brought as a class action on behalf of investors who purchased Valeant securities from January 4, 2013 through March 15, 2016 to recover investment losses caused by the defendants’ allegedly false and misleading statements during the class period. Valeant withdrew and restated its financial statements and its stock price declined from over $100 per share to as low as $8.50 per share during the litigation.

What all did your investigation into what was going on at Valeant entail? And what did it find?

Jim Barz: We interviewed numerous witnesses, obtained and reviewed over 11 million pages of documents from the defendants and roughly 150 third parties, and conducted a forensic investigation into Valeant’s accounting and pharmaceutical pricing practices with our in-house team. As alleged in the nearly 300 page complaint, we uncovered a very complex scheme in which Valeant was inflating revenues by distributing products through a captive network of specialty pharmacies that were given code names based on chess terms and that were allegedly involved in questionable tactics to boost sales. As the scheme was uncovered, Valeant shut down that network, replaced many members of its board and senior management, and even renamed the company.

You were dealing with a defendant on iffy financial footing with limited D&O insurance that itself was the subject of litigation. Yet you ended up with a settlement amount that was 50% higher than the company’s reported cash balance. I guess my overarching question is, how did you pull that off?

Barz: It wasn’t easy. As complicated as the legal and factual issues were, the financial condition of the company presented an equally difficult challenge. If you look at other securities settlements exceeding one billion dollars against companies like Petrob[r]as, Merck, Bank of America, or Household, those cases settled for an amount in the range of 1% to 13% of those companies’ reported cash balances. Here, we had to convince the company to pay more than the $825 million it reported as cash on hand. The settlement was structured to require payments over time, the company announced a debt offering, and at $1.21 billion, the settlement was nearly 150% of its reported cash balance, which is really unprecedented.

This is the ninth largest PSLRA settlement in history. How else do you measure success in a case like this other than the sheer amount of dollars going back to investors?

Barz: Every case has unique challenges that make comparing one success to another difficult and makes it difficult to look solely at the aggregate recovery as a determinant of success. That said, there have only been eight securities class actions that have yielded a larger recovery than this case. The fact that this settlement exceeded Valeant’s reported cash balance and is roughly 27 times larger than the $45 million settlement the company reached with the SEC and approximately 17 times larger than the settlement the company reached in the parallel Canadian shareholder class action also speak to the level of success we achieved. The Supreme Court has said in Tellabs Inc. v. Makor Issues & Rights Ltd. that it “has long recognized that meritorious private actions to enforce federal antifraud securities laws are an essential supplement to criminal prosecutions and civil enforcement actions.” This case proves that point.

Yours is one of the few plaintiffs firms that has actually taken a PSLRA case to trial. That wasn’t the case here, but do you think having that experience under your belt puts you on a different footing with defense firms in settlement negotiations?

Robbins: Absolutely. We’ve repeatedly tried PSLRA cases to juries across the country and the value of those trials transcends the results achieved in any particular cases. Our firm is able to achieve record setting results, such as this one and the $1 billion recovery we obtained for the class in American Realty last year, in large part due to the fact that defendants recognize that our cases are prosecuted to be trial ready. But trials and appeals take many years to work through the system and investors prefer to recover their losses as soon as possible. So when we can leverage the firm’s reputation for winning big trials to get a great result prior to exhausting the litigation, it’s a win-win for our clients as they recover their losses sooner and both sides save the burdens and costs of further litigation.

What will you remember most about this case?

Robbins: If you look at the recovery here via the class action as compared to the result obtained by the SEC, it’s a great example of why the securities laws were enacted to give investors a chance to hold corporate management accountable. It’s also a great example of how our firm is capable of fielding trial teams with the reputation, talent, and experience to handle a case of this complexity. We have many former federal and state prosecutors, and internally developed trial lawyers, that know how to simplify very technical and complex accounting and industry-specific issues to craft a compelling story. We also have the experience to properly value cases and develop creative solutions to maximize the value of the claims during settlement negotiations as we had to in this case in light of our concerns regarding the company’s financial condition.

Ross Todd is the Editor/columnist for the Am Law Litigation Daily. He writes about litigation of all sorts. Previously, Ross was the Bureau Chief of The Recorder, ALM’s California affiliate. Contact Ross at rtodd@alm.com. On Twitter: @Ross_Todd