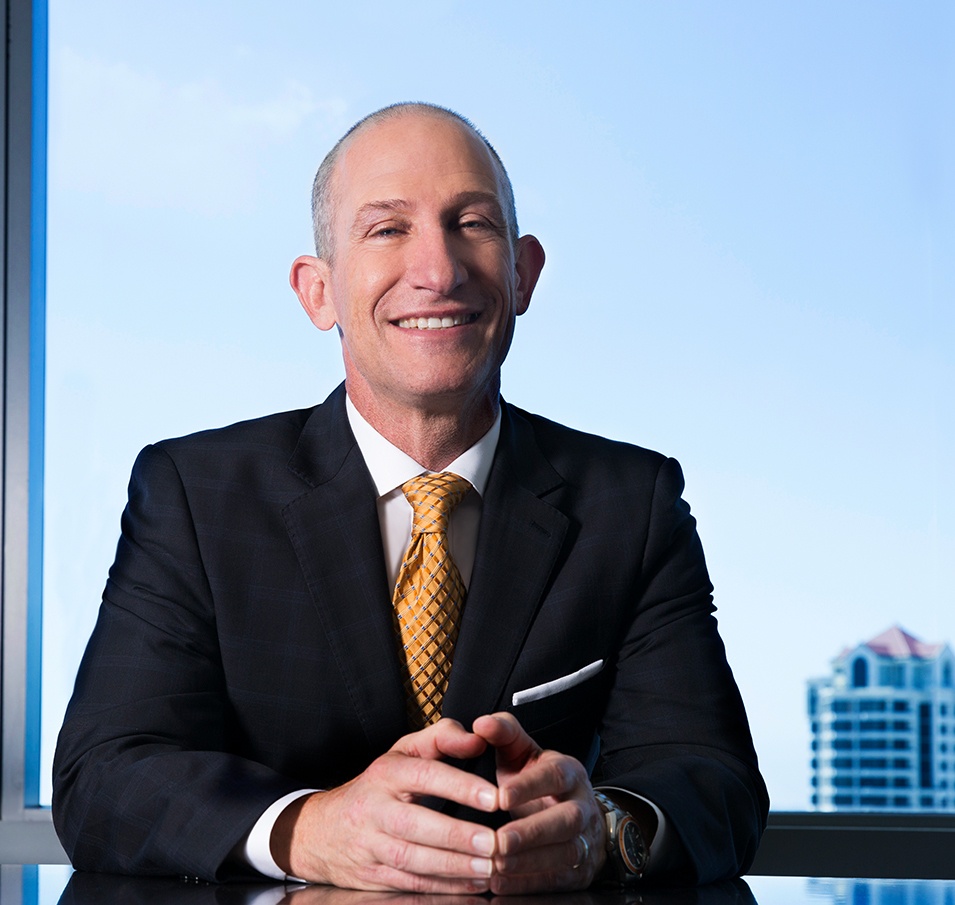 We achieve real results for shareholders through unmatched skill and tireless dedication to each and every case.

Randall Baron is a partner in Robbins Geller Rudman & Dowd LLP’s San Diego office. He specializes in securities litigation, corporate takeover litigation, and breach of fiduciary duty actions. For almost two decades, Randy has headed up a team of lawyers whose accomplishments include obtaining instrumental rulings both at injunction and trial phases, and establishing liability of financial advisors and investment banks. With an in-depth understanding of merger and acquisition and breach of fiduciary duty law, an ability to work under extreme time pressures, and the experience and willingness to take a case through trial, he has been responsible for recovering more than a billion dollars for shareholders.

Notable achievements over the years include: In re Kinder Morgan, Inc. S’holders Litig. (Kan. Dist. Ct., Shawnee Cnty.), where Randy obtained an unprecedented $200 million common fund for former Kinder Morgan shareholders, the largest merger & acquisition class action recovery in history; In re Dole Food Co., Inc. S’holder Litig. (Del. Ch.), where he went to trial in the Delaware Court of Chancery on claims of breach of fiduciary duty on behalf of Dole Food Co., Inc. shareholders and obtained $148 million, the largest trial verdict ever in a class action challenging a merger transaction; and In re Rural/Metro Corp. S’holders Litig. (Del. Ch.), where Randy and co-counsel obtained nearly $110 million total recovery for shareholders against Royal Bank of Canada Capital Markets LLC. In In re Del Monte Foods Co. S’holders Litig. (Del. Ch.), he exposed the unseemly practice by investment bankers of participating on both sides of large merger and acquisition transactions and ultimately secured an $89 million settlement for shareholders of Del Monte. Randy was one of the lead attorneys representing about 75 public and private institutional investors that filed and settled individual actions in In re WorldCom Sec. Litig. (S.D.N.Y.), where more than $657 million was recovered, the largest opt-out (non-class) securities action in history. In In re Dollar Gen. Corp. S’holder Litig. (Tenn. Cir. Ct., Davidson Cnty.), Randy was lead trial counsel and helped to secure a settlement of up to $57 million in a common fund shortly before trial, and in Brown v. Brewer (C.D. Cal.), he secured $45 million for shareholders of Intermix Corporation, relating to News Corp.’s acquisition of that company. In In re Chaparral Res., Inc. S’holders Litig. (Del. Ch.), he was one of the lead trial counsel, which resulted in a common fund settlement of $41 million (or 45% increase above merger price) after a full trial and a subsequent mediation before the Delaware Chancellor. The Delaware Vice Chancellor who presided over the trial noted that “the performance [of the attorneys on the case] was outstanding, and frankly, without the efforts of counsel, nothing would have been achieved.” In In re ACS S’holder Litig. (Tex. Cnty. Ct., Dallas Cnty.), Randy led the negotiations and obtained significant concessions from ACS’s acquirer, Xerox, by which shareholders would not be locked out of receiving more money from another buyer. The New York Times Deal Professor deemed this result both “far reaching” and “unprecedented.” In In re Prime Hospitality, Inc. S’holder Litig. (Del. Ch.), he led a team of lawyers who objected to a settlement that was unfair to the class and proceeded to litigate breach of fiduciary duty issues involving a sale of hotels to a private equity firm. The litigation resulted in a common fund settlement of $25 million for shareholders. As the Delaware Chancellor presiding over the case noted: “[H]ad it not been for the intervention of [Robbins Geller Rudman & Dowd LLP] . . . there would not have been a settlement that would have generated actual cash for the shareholders.” Most recently, Randy successfully obtained a partial settlement of $60 million in In re Tesla Motors, Inc. S’holder Litig., a case that alleged that the members of the Tesla Board of Directors breached their fiduciary duties, unjustly enriched themselves, and wasted corporate assets in connection with their approval of Tesla’s acquisition of SolarCity Corp. in 2016.

Formerly, Randy served as a Deputy District Attorney in Los Angeles County. From 1990-1997, he was a trial deputy in numerous offices throughout Los Angeles County, where he tried over 70 felony cases. From 1994-1997, Randy was part of the Special Investigation Division of the Los Angeles District Attorney’s office, where he investigated and prosecuted public corruption cases. He also teaches merger and acquisition litigation at Columbia Law School and frequently guest lectures at law schools throughout the country, including Stanford Law School and Harvard Law School.

Randy has received numerous accolades, including the Distinguished certification by Martindale-Hubbell. He has also been named a Leading Lawyer by Chambers USA, Attorney of the Year by California Lawyer, a Mergers & Acquisitions Trailblazer and a Winning Litigator by The National Law Journal, a Litigator of the Week and a Titan of the Industry by The American Lawyer, Lawyer of the Year and a Best Lawyer in America and Southern California by Best Lawyers®, a Leading Lawyer and to the Hall of Fame by The Legal 500, a Leading Plaintiff Financial Lawyer and one of the Leading Lawyers in America by Lawdragon, and a Super Lawyer by Super Lawyers Magazine. In addition, he has been named a Litigation Star, State Litigation Star, California Star, National Practice Area Star, and Local Litigation Star by Benchmark Litigation. Recently, Randy was selected to become a Fellow of the Advisory Board of the Litigation Counsel of America, an invitation-only trial lawyer honorary society whose membership is limited to less than one-half of one percent of North American lawyers, judges, and scholars. He was also recently invited to become a Fellow of the American Bar Foundation, a membership that is limited to one percent of lawyers licensed to practice in each jurisdiction.