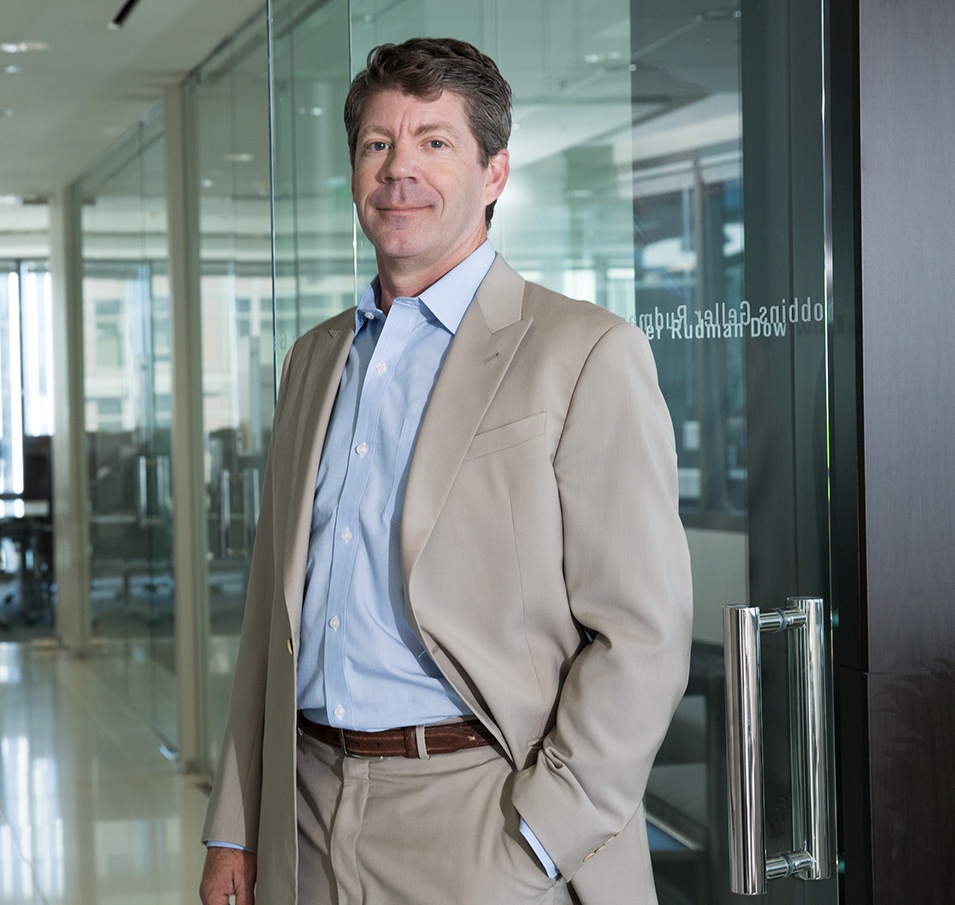 There is no substitute for diligence.

Tor Gronborg is a partner in Robbins Geller Rudman & Dowd LLP’s San Diego office and a member of the Firm’s Management Committee. He often lectures on topics such as the Federal Rules of Civil Procedure and electronic discovery. Tor has served as lead or co-lead counsel in numerous securities fraud cases that have collectively recovered more than $4.4 billion for investors. Most recently, Tor and a team of Robbins Geller attorneys obtained an $809 million settlement in In re Twitter, Inc. Sec. Litig., a case that did not settle until the day before trial was set to commence.

In addition to Twitter, Tor’s work has included significant recoveries against corporations such as Valeant Pharmaceuticals ($1.21 billion), Cardinal Health ($600 million), Motorola ($200 million), Duke Energy ($146.25 million), Sprint Nextel Corp. ($131 million), and Prison Realty ($104 million), to name a few. Tor was also a member of the Firm’s trial team in Hsu v. Puma Biotechnology, Inc., No. SACV15-0865 (C.D. Cal.), a securities fraud class action that resulted in a verdict in favor of investors after a two-week jury trial and ultimately settled for 100% of the claimed damages plus prejudgment interest.

Tor has been named a Plaintiffs’ Lawyer Trailblazer by The National Law Journal, as well as a Super Lawyer by Super Lawyers Magazine for the last nine consecutive years. He has also been named a Leading Lawyer in America and a Leading Plaintiff Financial Lawyer by Lawdragon, a Best Lawyer in America by Best Lawyers®, and a West Trailblazer by The American Lawyer.