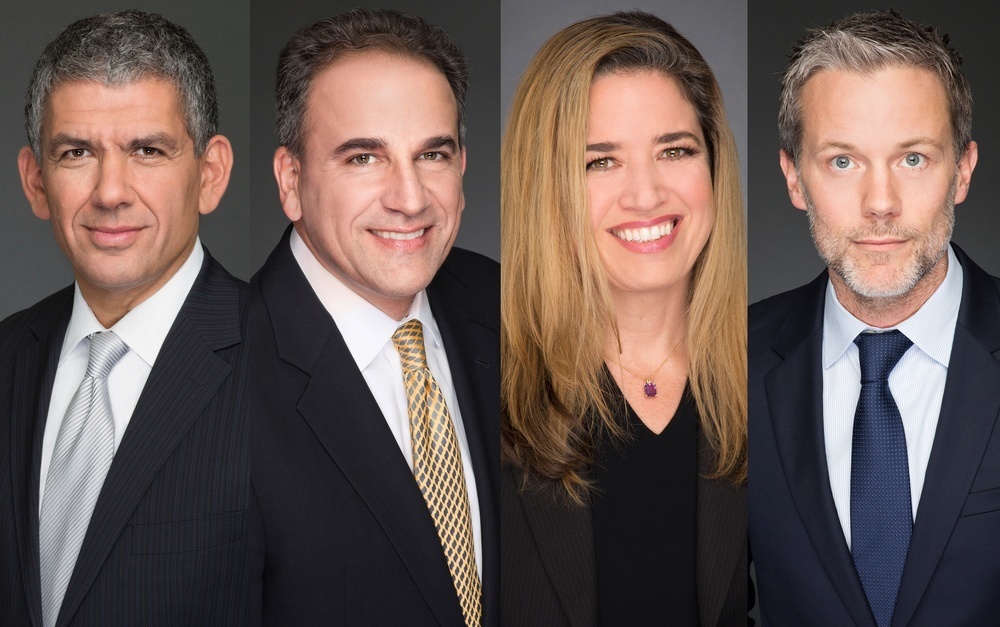 For the third consecutive year, The National Law Journal recognized Robbins Geller attorneys as Plaintiffs’ Lawyers Trailblazers who are “truly agents of change.” This year, four Robbins Geller partners, Samuel H. Rudman, Spencer A. Burkholz, Willow E. Radcliffe, and Robert R. Henssler, Jr., were selected as 2020 Plaintiffs’ Lawyers Trailblazers. The publication reviewed hundreds of nominations before “spotlight[ing] a handful of individuals from each practice area . . . who continue to make their mark in various aspects of legal work on the plaintiffs’ side.”

Founding and managing partner of the Firm’s New York offices, Sam Rudman, a former attorney with the U.S. Securities and Exchange Commission, has recovered hundreds of millions of dollars for shareholders. His 26-year securities practice focuses on recognizing and investigating securities fraud, and initiating securities and shareholder class actions to vindicate shareholder rights and recover shareholder losses. Likewise, for 25 years, Spence Burkholz has successfully prosecuted high-profile securities class actions that resulted in record-breaking recoveries for investors in cases such as Enron ($7.2 billion), Household International ($1.575 billion), WorldCom ($657 million), Countrywide ($500 million), and Qwest ($445 million). Both Sam and Spence were lauded for the recent “trails blazed” in the ongoing CBS case, where they, and a team of Robbins Geller attorneys, defeated CBS and former CEO Leslie Moonves’ efforts to dismiss a case alleging violations under the Securities Exchange Act of 1934. Specifically, the case alleges that defendants failed to disclose that CBS was fostering a hostile work environment marked by a culture of sexual harassment, discrimination, intimidation‚ and retaliation that exposed the company to the inevitable loss of Moonves and other key executives and significant reputational harm.  The publication noted that when “numerous allegations of sexual misconduct began to surface against him, Moonves spoke at a Variety magazine conference and, according to the court’s order, ‘[a] reasonable investor could have understood Moonves’s statement to mean that he did not have exposure to sexual misconduct allegations, thus providing reassurance that Moonves, the one executive that the [c]ompany and analysts viewed as crucial to CBS’s continued success, would not be compromised by the #MeToo Movement.’” According to Spence: “The investment community put a premium on CBS’s price due to his role. With those kinds of CEOs, investors need to know there are no issues with them.”

Regarding the future of the financial markets, Spence noted: “When the markets are good, companies can hide things. And when they are shakier, they can’t hide some manipulations, and they come out.” Sam also believes rising markets bring increased fraud: “I’ve seen the same frauds over and over. I’m shocked people do the same things, but there will always be fraud in the market.”

As a securities practice group leader, partner Willow Radcliffe has prosecuted numerous securities fraud claims, including actions filed against Pfizer Inc. ($400 million recovery), Flowserve Corp. ($55 million recovery), and NorthWestern Corp. ($40 million recovery). NLJ noted that Willow’s “pioneer spirt” developed while she was clerking for a magistrate after law school and was able to gain experience in several practice areas. “I was drawn to securities work with its complex issues at the highest levels, and I liked the idea of working with individuals who had been harmed rather than big corporations,” she said. The publication lauded her most recent work in Stoyas v. Toshiba Corporation, where she represented plaintiffs alleging that Toshiba had violated the Securities Exchange Act of 1934 and Japan’s Financial Instruments and Exchange Act. Toshiba was accused of deliberately and improperly overstating its pretax profits by more than $2.6 billion and concealing nearly $1.3 billion in losses at its U.S.-centered business, Westinghouse Electric Company. “Plaintiffs argued that their purchases of unsponsored Toshiba American depositary receipts were a domestic transaction, successfully defeating the defendant’s motion to dismiss. The resultant ruling allowed U.S.-based investors to bring claims related to their purchases of unsponsored ADRs under the Securities Exchange Act of 1934,” said the publication. NLJ went on to commend her work in obtaining a $400 million recovery on the eve of trial in “another high-profile securities action” where Willow “obtained a significant settlement in a case in the Southern District of New York involving the marketing practices of Pfizer and allegations of earning revenue from off-label promotion.” When asked about the future, Willow noted her belief that there will continue to be an increase in securities cases involving multinational or global corporations with discovery being an area of focus. “With the increasing volume of data and data types in e-discovery and the ability to recognize technical issues and streamline the review of documents, it is definitely an area on the forefront,” she said.

A former Federal public defender, partner Bobby Henssler’s “pioneer spirit” came from his interest in insider trading while at the University of New Hampshire as an undergraduate. He had read an article describing the disparate sentences white-collar criminals received compared to other criminals. “It seemed like an injustice that they were getting shorter sentences for stealing more money,” he said. NLJ first commended Bobby for his work in the Enron case, who along with Spence and the Robbins Geller litigation team, “obtained a record-breaking $7.2 billion recovery for investors,” the largest securities class action recovery. Additionally, the publication highlighted his work for obtaining “more significant recoveries for investors in cases against companies including J.C. Penney, Blackstone, and CIT Group,” as well as being lead counsel in a case against HCA Holdings, “resulting in a class-action recovery [of] $215 million—one of the largest in Tennessee history.” Lastly, the publication lauded his most recent litigation victory in a case against Johnson & Johnson, a case involving allegations of positive asbestos tests for the company’s baby powder and other talcum products. “We are pleased with the court’s decision and very excited to prepare the case . . . for trial,” he said. Bobby also noted that “there will be further efforts by corporations and their lobbyists to block defrauded investors from the courthouse,” and said: “The investor protections, including the Securities Exchange Act of 1934, are part of the reason we have the strongest financial markets in the world. We need to keep those protections in place so people can trust these markets and continue to seek them out.”