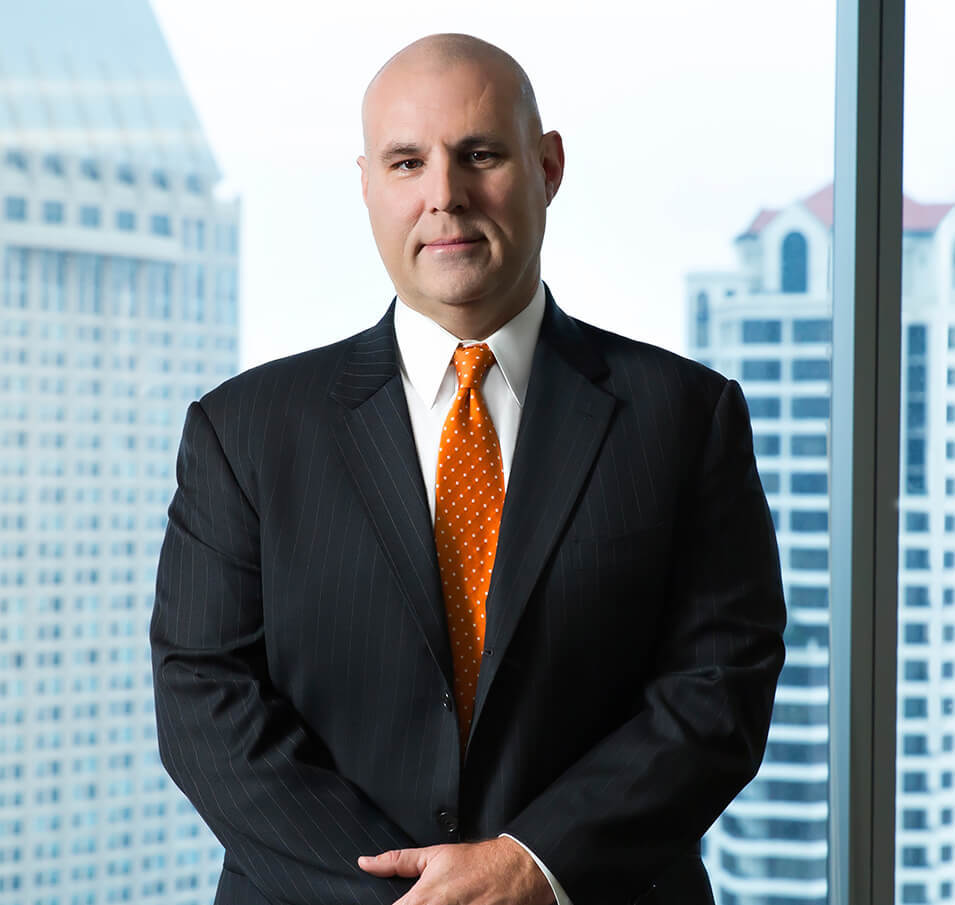 Rick is one of the brightest, hardest working securities litigators I’ve ever met – he’s a tough, creative and ethical adversary.

Rick Atwood is a partner in Robbins Geller Rudman & Dowd LLP’s San Diego office. As a recipient of the California Lawyer Attorney of the Year (“CLAY”) Award for his work on behalf of shareholders, he has successfully represented shareholders in securities class actions, merger-related class actions, and shareholder derivative suits in federal and state courts in more than 30 jurisdictions. Through his litigation efforts at both the trial and appellate levels, Rick has helped recover billions of dollars for public shareholders, including the largest post-merger common fund recoveries on record. He is also part of the Firm’s SPAC Task Force, which is dedicated to rooting out and prosecuting fraud on behalf of injured investors in special purpose acquisition companies.

Most recently, in In re Dole Food Co., Inc. S’holder Litig., which went to trial in the Delaware Court of Chancery on claims of breach of fiduciary duty on behalf of Dole Food Co., Inc. shareholders, Rick helped obtain $148 million, the largest trial verdict ever in a class action challenging a merger transaction. He was also a key member of the litigation team in In re Kinder Morgan, Inc. S’holders Litig., where he helped obtain an unprecedented $200 million common fund for former Kinder Morgan shareholders, the largest merger & acquisition class action recovery in history.

Rick also led the litigation team that obtained an $89.4 million recovery for shareholders in In re Del Monte Foods Co. S’holders Litig., after which the Delaware Court of Chancery stated that “it was only through the effective use of discovery that the plaintiffs were able to ‘disturb[ ] the patina of normalcy surrounding the transaction.’” The court further commented that “Lead Counsel engaged in hard-nosed discovery to penetrate and expose problems with practices that Wall Street considered ‘typical.’” One Wall Street banker even wrote in The Wall Street Journal that “‘Everybody does it, but Barclays is the one that got caught with their hand in the cookie jar . . . . Now everybody has to rethink how we conduct ourselves in financing situations.’” Rick’s other significant opinions include Brown v. Brewer ($45 million recovery) and In re Prime Hosp., Inc. S’holders Litig. ($25 million recovery).

In addition to his CLAY Award, Rick has been recognized as a Leading Plaintiff Financial Lawyer by Lawdragon, a Recommended Lawyer by The Legal 500, a Super Lawyer by Super Lawyers Magazine, a Best Lawyer in America by Best Lawyers®, and was awarded M&A Litigation Attorney of the Year in California by Corporate International.

He earned a Bachelor of Arts degree in Philosophy from Katholieke Universiteit Leuven in Leuven, Belgium, graduating with great distinction, and a Bachelor of Arts degree in Political Science from the University of Tennessee at Knoxville, graduating with honors. Rick then earned his Juris Doctor degree from Vanderbilt University Law School, where he was also the Authorities Editor for the Vanderbilt Journal of Transnational Law.

University of Tennessee at Knoxville, B.A.,1987, Political Science, with Honors