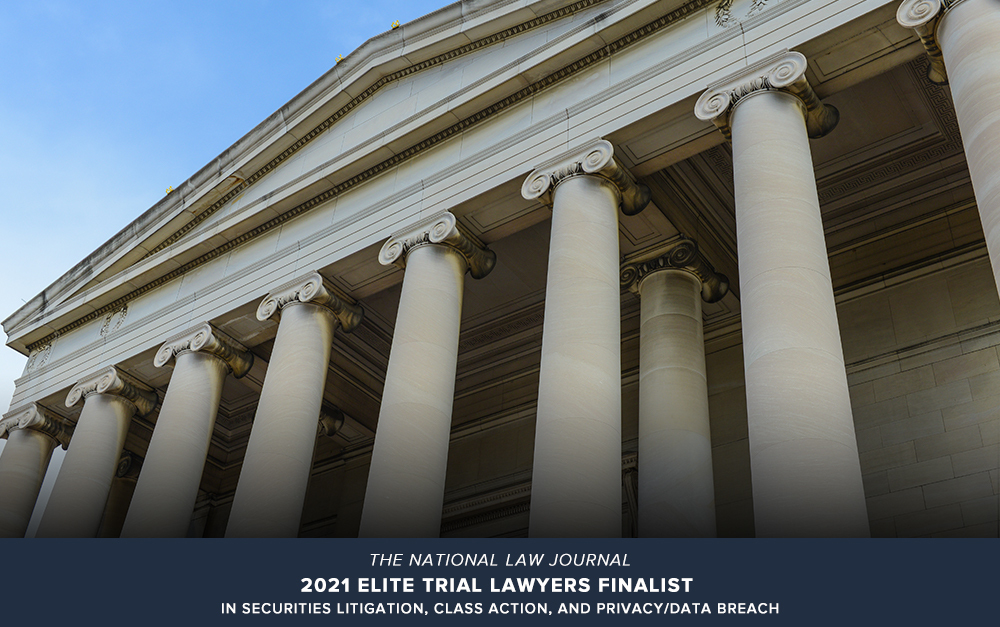 For the sixth year, Robbins Geller has been named an Elite Trial Lawyers Finalist by The National Law Journal in Securities Litigation, Class Action, and Privacy/Data Breach categories. Finalists were chosen due to their “cutting-edge work on behalf of plaintiffs over the last 18 months” as well as possessing “a solid track record of client wins over the past three to five years.” The 2021 Elite Trial Lawyers winners will be announced on July 29, 2021, at Mandarin Oriental in New York City.

This selection comes on the heels of Robbins Geller ranking first among all law firms in Institutional Shareholder Services’ (ISS) annual Securities Class Action Services Top 50 Report for 2020 with respect to both the total amount recovered for investors ($1+ billion) and the number of shareholder class action settlements. Robbins Geller was also recognized as San Diego Firm of the Year by Benchmark Litigation along with two of the Firm’s attorneys being named as Plaintiffs Lawyers Trailblazers by The National Law Journal. The Firm has been ranked Tier 1 by The Legal 500 for being “‘aggressive, tenacious and in a league of its own.’” The Firm also received Band 1 rankings and was recognized for its “Top-Flight Plaintiff Litigators” by Chambers USA, which commended the Firm’s “proven track record of winning high-value settlements.”