‘We Were Helping People Who Were Hurting People’: Paul Geller on His Transformation to a Plaintiffs Bar Leader

“What I tell young lawyers when they come to interview: I feel like we work on really complicated cases, antitrust and securities, like you do on the defense side — but we also have an opportunity to really help here.” 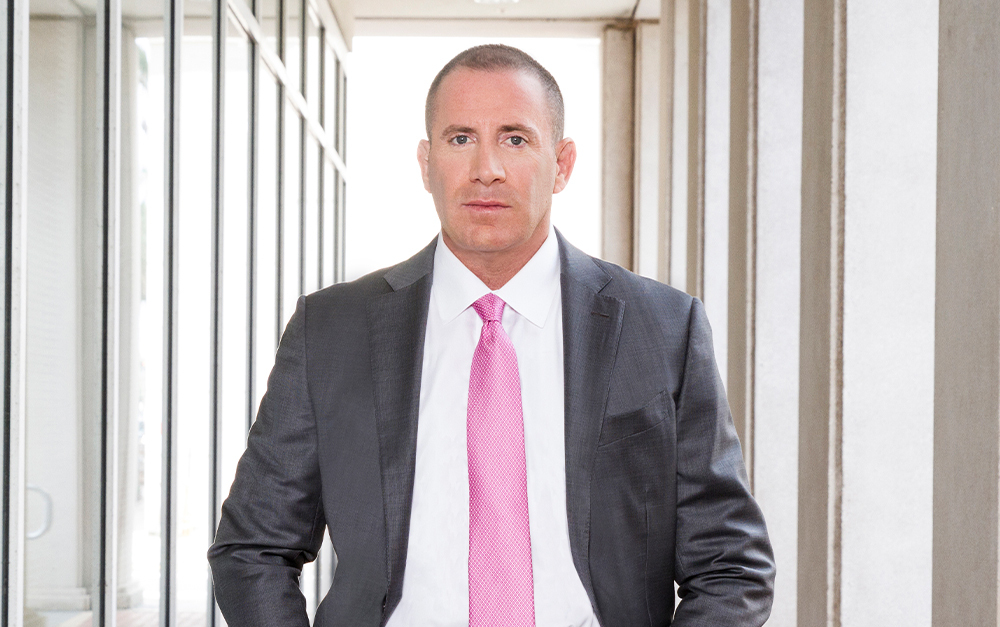 The National Law Journal has launched a profile series of plaintiffs bar leaders. Each Q&A will take a personal look at the attorney’s career and legacy as well as discuss industry trends.

In this edition, Paul Geller, managing partner of Robbins Geller Rudman & Dowd discusses his role in the recent historic $26 billion opioid settlement, his firm’s priorities moving forward and the connection between martial arts and being a good plaintiffs lawyer.

The interview has been edited for length.

National Law Journal: Why did you choose to become a lawyer?

Paul Geller: I like the idea of helping people. I was a good student. I thought, ok, doctors help people, I don’t like organic chemistry. So I really thought lawyer. We had no lawyers in the family but lawyers help people.

I went to law school, Emory Law School. I got caught up in this whole idea that, if you do well in law school you go work for big corporate law firms. What I found frankly was, there were some terrific lawyers there but they weren’t helping people.

I don’t want to sound overly dramatic—we were helping people who were hurting people. We were representing a large pharmaceutical company that was sued by a class of children, hemophiliac children who had been given a blood treatment for their hemophilia but it was tainted with HIV and the company didn’t test. They knew that HIV was out there, but it was too expensive to test. You now had a class of children who were infected with HIV and I was helping to defend the company.

It just didn’t sit right with me. And I thought, shoot, I’d rather represent the kids. So, against the advice of so many people, I switched sides and I became a plaintiffs lawyer. That was in the late 90s. Now I feel like, I am still doing sophisticated, complex litigation but I’m on the right side. Whether it’s a securities case, or in the case of opioids, helping to hold those accountable who created and perpetuated this incredible, public health crisis. There’s so many, Facebook privacy violations. I feel I’m on the right side and helping to hold big corporate defendants accountable.

NLJ: How rewarding is your work for you in this context?

PG: It’s really rewarding—it really is. I have a lot of friends on the other side. I am a people person and I like not just my colleagues on the plaintiffs side, but I have very close friends who are Big Law defense lawyers and I respect them greatly. I think it’s important that anybody, just like in the criminal context, even the worst criminals are entitled to legal representation, so the worst corporate wrongdoers are entitled to good lawyers. But I don’t know how they go home proud of what they’ve done to the extent that I can be. I feel like what we do is impactful.

When I say impactful, that’s one of the keys that I think that defines what I hope our firm brings to the table. We’re on the top of every chart of the biggest recoveries. ISS [Securities Class Action Services] came out with their annual report and we were number one.

But to me it’s not just recovering the most money, that’s part of it for sure. But it’s also making sure that money gets into the hands of class members. The Facebook case [In re Facebook Biometric Info. Privacy Litig.] is a great example of how we did things differently to make sure the claims rate was higher than in any consumer case ever.

Opioids is another example where we were recovering all this money but where we had learned lessons from tobacco. One of the keys in the opioid settlements that have been announced, with the big three distributors as well as Johnson & Johnson, is that the money has to be used for abatement, education, prevention, treatment and it also has to go to the local subdivision level, not just to the state treasuries. I feel really good about that, we’re making a difference.

That’s what I tell young lawyers when they come to interview. I feel like we work on really complicated cases, antitrust and securities, like you do on the defense side—but we have an opportunity to really help here.

NLJ: What is your advice for young lawyers?

I think people don’t think about that. Yes, you have to work hard, yes, you have to have experience, grit, work ethic, you have to put in your time—and I tell them, it takes time, don’t expect to be the top of the food chain after year one. It takes time to build this. And don’t put pressure on yourself, take the time. But more than anything else, success is built on rails of trust and respect. And I will tell them don’t be too hard on yourself, you will make mistakes along the way, we all learn more from our mistakes than we do from our victories.

And the other thing I would say is, we pay pretty well, but you’re in this field, every day I see a new list of Cravath associate bonus raises, salaries going crazy. I’m sure when you’re graduating from law school you have incredible debt, you look at those things, but I would say, don’t chase the money. Do something what you believe in and the money will come.

You could do good work, and be on the right side and also do very well, they are not mutually exclusive. But if you try to compare the extra dollar over there—there is so much more to it.

NLJ: You have worked on landmark cases including the recent $26 billion opioid and the Facebook biometric privacy $650 million settlements. Can you talk about strategy—how do you approach these kind of cases?

PG: At the risk of sounding immodest, one thing I bring to the table is, I like settling these cases. We had a great trial team here, we had former prosecutors who just want to try cases and they just want to try a case. I think that gives me the ability to be creative in helping to resolve cases when a trial may not be the best alternative.

Martial arts is my other passion and I think there’s a great analogy there, there’s incredible parallels. I am confident that I can take care of myself if push comes to shove, if I ever had to. But, I will walk away from every fight. If a guy bumps me, I walk away. I apologize and I walk the other way. And I think the reason why I’m so against fighting is I have a confidence that I don’t need to prove myself. I fight in the gym four times a week with guys who are professional and go at it hard. And I think, in litigation, the worst litigators are the bombastic tough guys ‘I’ll see you in court!’ That’s just not my approach. It goes back to being respectful and being empathetic and listening.

Take the opioids case for example. Four defendants have settled globally—I developed a very good relationship with each of their outside lawyers to a point that they can call me at night, on weekends, on my cell phone, I can call them and we solve this together. We weren’t fighting, we weren’t distrustful with each other, I think we were empathetic with each other.

They have clients, there are realities to what they can and cannot do and I think they learned that they can trust me. I think I bring that to the table and it’s an important skill not every plaintiffs lawyer has.

Sometimes, in litigation, there is this fight that’s inevitable but at the same time there is a respectful dialogue behind the scenes. I think to be able to walk that line, to be able to have a frank conversation about resolution—it doesn’t mean that you don’t believe in your case, it shouldn’t be a sign of weakness.

NLJ: What are your priorities for the firm?

PG: We want to be impactful, we want to select our cases so that they make a difference. We turn away more cases than we take. People don’t realize that, I spend a lot of time sending very polite replies declining to represent a plaintiff. [Maybe], it’s cliché but these are not just cases, they are causes. I really believe that and I think we want lawyers to work here who have that same belief that want to do good, that want to have an impact. And I think we’ve created something that we want to live longer than Robbins Geller Rudman or Dowd—and I think we’ve built that.

Bringing in people on training and having a succession plan—we’re a relatively young firm in terms of our leadership—but still, we think about those things because I think it’s important.

Of course, we’re cognizant of the importance of diversity and inclusion so we take that seriously as well and we’re trying to improve there, I think we all can improve.

And I think it’s important to break this myth that plaintiffs lawyers are somehow something less than top defense lawyers for those who are on the Law Review and go to the best law schools.

NLJ: What concerns do you have for the plaintiffs bar moving forward?

PG: There is this whole notion of litigation funding. It’s taken on a life of its own and it concerns me because a lot of law firms do it— we don’t—and the reason we don’t is: we are a financially conservative firm, but with lit funding, the lender has an interest in the outcome of a particular case and I think that can impact the strategic decisions that the lawyers are making in representing their clients because they have to pay back the lender a percentage of recovery.

I know that some courts, I think the Northern District of California and some judges, they want disclosure when there is litigation funding, which I think is a good step. But that frankly concerns me. I got lots of colleagues who engage in litigation funding, I want to be careful, but I do think it’s a concern.

Reprinted with permission from the July 7, 2022 edition of THE NATIONAL LAW JOURNAL © 2022 ALM Media Properties, LLC. All rights reserved. Further duplication without permission is prohibited.