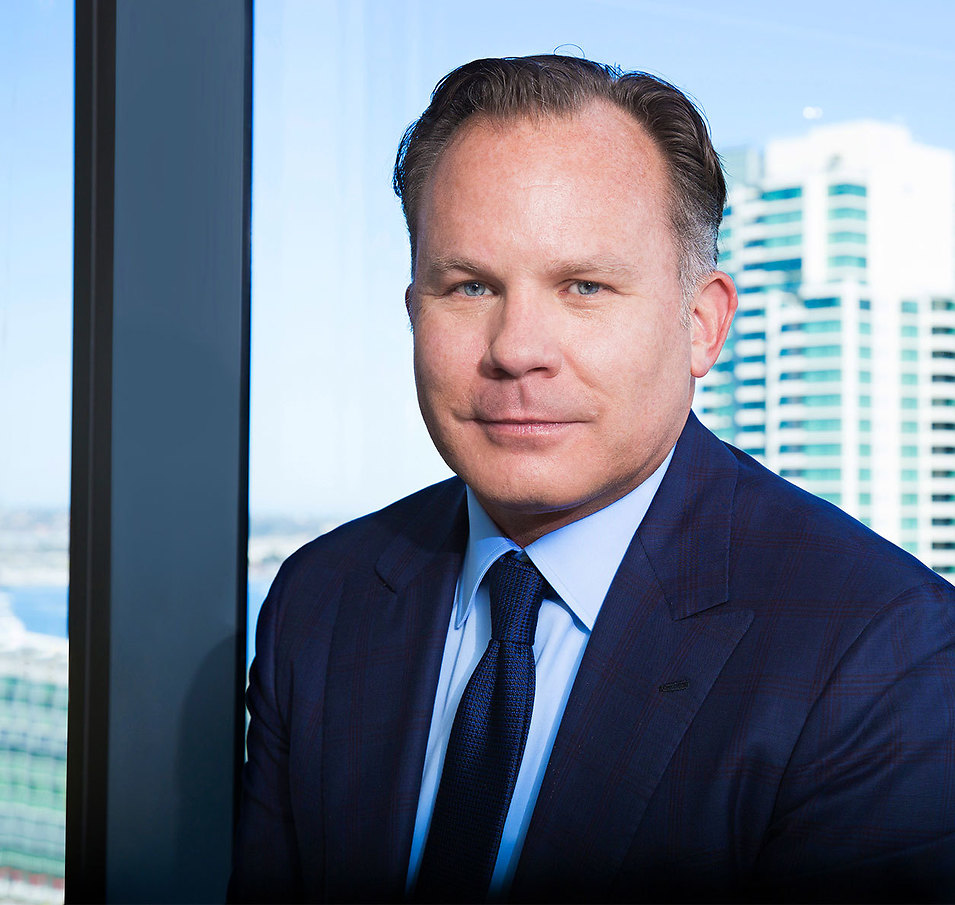 It is an honor to protect the investments of our clients, whether they be individual retirees or the largest institutional investors.

Patrick Daniels is a founding and managing partner in Robbins Geller Rudman & Dowd LLP’s San Diego office. He is widely recognized as a leading corporate governance and investor advocate. Daily Journal, the leading legal publisher in California, named him one of the 20 most influential lawyers in California under 40 years of age. Additionally, the Yale School of Management’s Millstein Center for Corporate Governance and Performance awarded Patrick its “Rising Star of Corporate Governance” honor for his outstanding leadership in shareholder advocacy and activism.

Patrick is an advisor to political and financial leaders throughout the world. He counsels private and state government pension funds and fund managers in the United States, United Arab Emirates, United Kingdom, the Netherlands, and other countries within the European Union on issues related to corporate fraud in the United States securities markets and “best practices” in the corporate governance of publicly traded companies. Patrick has represented dozens of institutional investors in some of the largest and most significant shareholder actions, including Enron, WorldCom, AOL Time Warner, BP, Pfizer, Countrywide, Petrobras, and Volkswagen, to name just a few. In the wake of the financial crisis, he represented dozens of investors in structured investment products in ground-breaking actions against the ratings agencies and Wall Street banks that packaged and sold supposedly highly rated shoddy securities to institutional investors all around the world.

In advancing international standards on human rights, Patrick was a lead counsel in an international coalition of attorneys and human rights groups that won a historic settlement with major U.S. clothing retailers and manufacturers, including The Gap, Ralph Lauren, Donna Karan, and Calvin Klein. The settlement was on behalf of a class of over 50,000 predominantly female Chinese garment workers on the island of Saipan in an action seeking to hold the Saipan garment industry responsible for creating a system of indentured servitude and forced labor in the island’s garment factories. The coalition obtained an unprecedented agreement for supervision of working conditions in the Saipan factories by an independent NGO, as well as a substantial multi-million dollar compensation award for the workers.