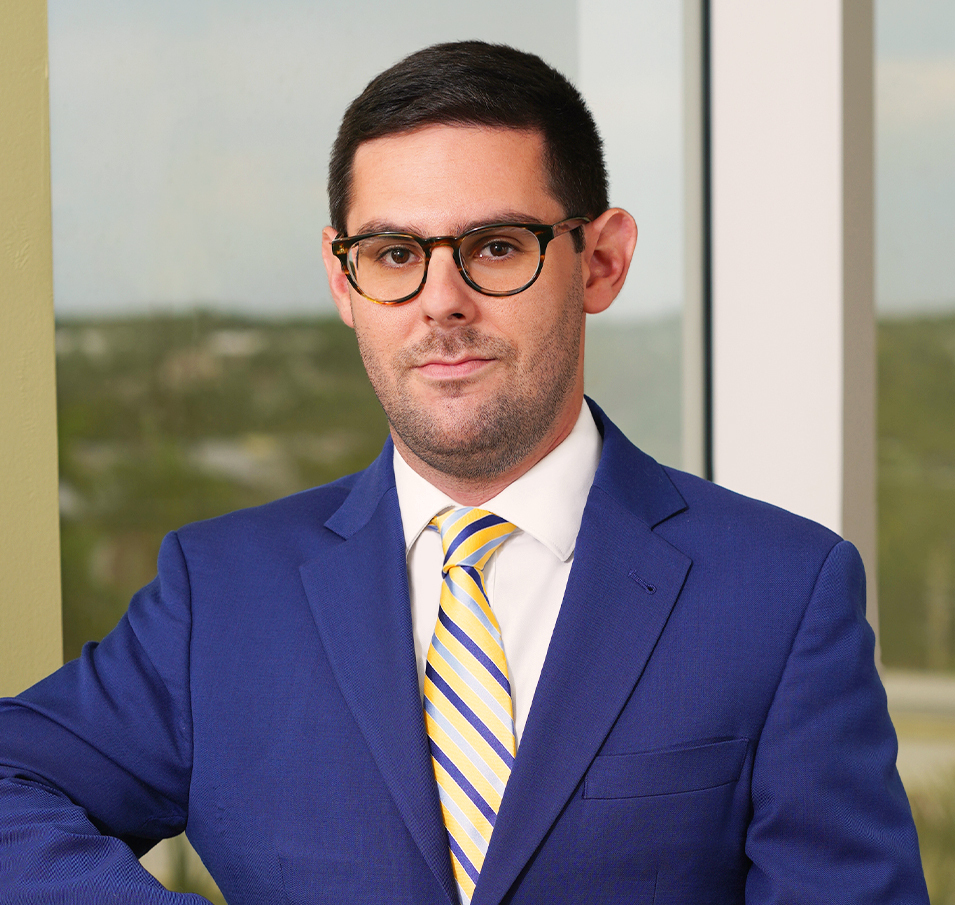 Before joining the Firm, Alex served as a law clerk to the Honorable Lisette M. Reid at the United States District Court for the Southern District of Florida. Prior to clerking, Alex worked at a boutique IP litigation firm, where he litigated over 100 cases in federal courts across the country, including several which were appealed to the United States Court of Appeals for the Eleventh Circuit and the Supreme Court of the United States.

Alex graduated with honors from Emory University School of Law, where he also served as Chief Justice of the university-wide Supreme Court and was inducted into the Order of Emory Advocates as a member of the Moot Court Society. While at Emory, Alex received top marks in numerous courses, and earned placement in Emory’s prestigious TI:GER Program, a nationally recognized collaboration between Emory Law and the Georgia Institute of Technology that brings together graduate students in law, business, science, and engineering to work on start-up projects to transform highly promising research into economically viable projects. Alex is also a proud graduate of the University of Florida, with degrees in Economics and Political Science. At the University of Florida, Alex served in numerous leadership positions, and was tapped into Florida Blue Key.