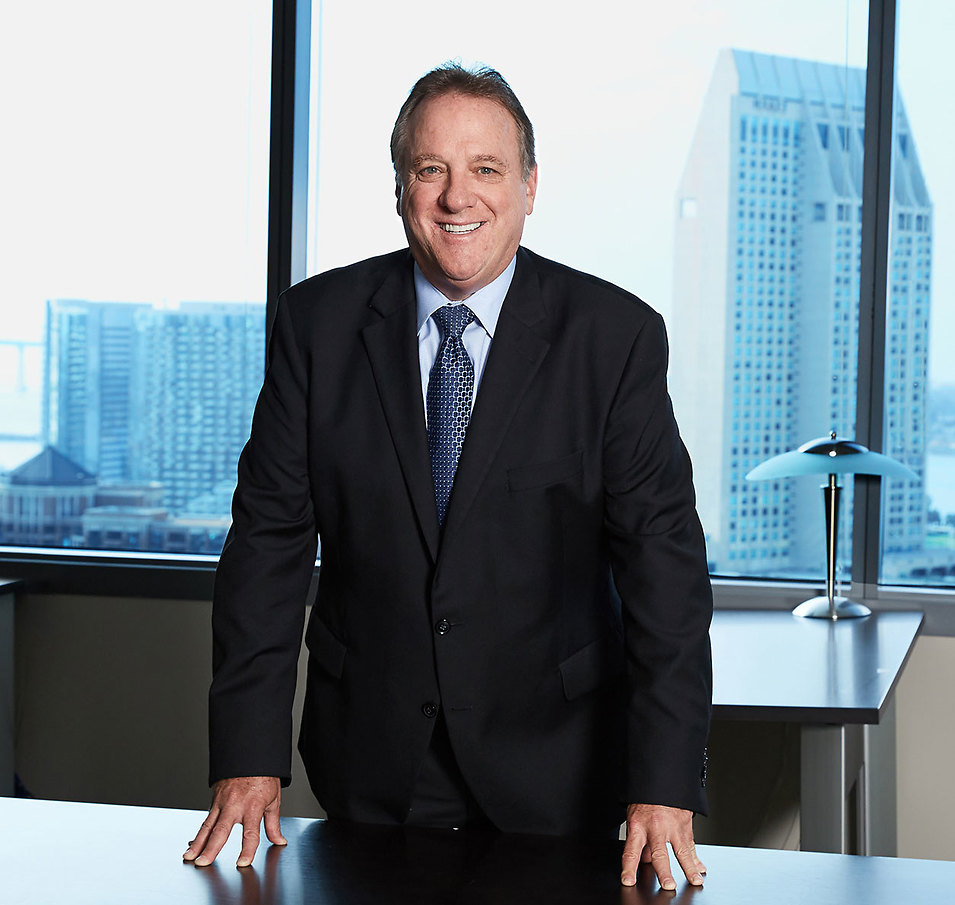 John Stoia is Of Counsel in Robbins Geller Rudman & Dowd LLP’s San Diego office. He focuses his practice on insurance fraud, consumer fraud, and securities fraud class actions. John has been responsible for over $10 billion in recoveries on behalf of victims of insurance fraud due to deceptive sales practices such as “vanishing premiums” and “churning.”

John initiated the first cases against the property and casualty insurance brokerage industry and insurers exposing undisclosed kickbacks known as “contingent commissions” and illegal bid-rigging activities. He is one of the lead plaintiffs’ counsel in the consolidated MDL proceedings pending in the United States District Court for the District of New Jersey (In re Employee-Benefit Ins. Brokerage Antitrust Litig., No. 2:05-cv-1079(FSH), and In re Ins. Brokerage Antitrust Litig., No. 2:04-cv-5184(FSH), MDL No. 1663). He was also the lead trial counsel representing the California Department of Insurance against five of the largest employee benefit insurance companies (MetLife, Prudential, Hartford, Cigna, and UnumProvident) for violating California insurance regulations for failing to disclose payments of contingent commissions to brokers in California and other improper activities. The People of the State of California v. Universal Life Res., No. GIC838913 (Cal. Super. Ct., San Diego Cty.). All five defendants have agreed to sweeping changes in their disclosure practices within California as a result of that action.

John was also co-lead counsel on behalf of purchasers of and those exposed to hazardous toys (lead paint and magnets) manufactured and/or distributed by Mattel, Fisher Price and retailers such as Target, Wal-Mart, and Toys R Us. That case ultimately settled for in excess of $50 million and provided full relief to class members, donations to children’s charities and injunctive relief against Mattel that provides sweeping changes to Mattel’s toy manufacturing processes worldwide.

John has worked on dozens of nationwide complex securities class actions, including In re Am. Cont’l Corp./Lincoln Sav. & Loan Sec. Litig., MDL No. 834 (D. Ariz.), which arose out of the collapse of Lincoln Savings & Loan and Charles Keating’s empire. He was a member of plaintiffs’ trial team that obtained verdicts against Keating and his co-defendants in excess of $3 billion and settlements of over $240 million.

John represented numerous large institutional investors who suffered hundreds of millions of dollars in losses as a result of major financial scandals, including AOL/Time Warner and WorldCom.

Currently, John is lead counsel in numerous cases against online discount voucher companies for violations of both federal and state laws including violation of state gift card statutes. He was lead counsel in the In re Groupon Mktg. & Sales Practices Litig., No. 11-md-2238-DMS-RBB (S.D. Cal.), and In re Living Social Mktg. & Sales Practices Litig., No. 11-mc-0472 (ESH) (D.D.C) cases.

John has received the AV Preeminent certification by Martindale-Hubbell (the highest rating available). He has been selected as Litigator of the Month by The National Law Journal, a Top Lawyer in San Diego by San Diego Magazine, and a Super Lawyer by Super Lawyers Magazine. He was also a member of ALI-ABA’s Commercial Law Advisory Panel and the Public Justice Class Action Preservation Project Committee.

Before joining the Firm, John served as an enforcement attorney with the U.S. Securities and Exchange Commission before going into private practice. He is one of the founding partners and former managing partner of the Firm.

John has been a frequent lecturer on numerous legal topics: