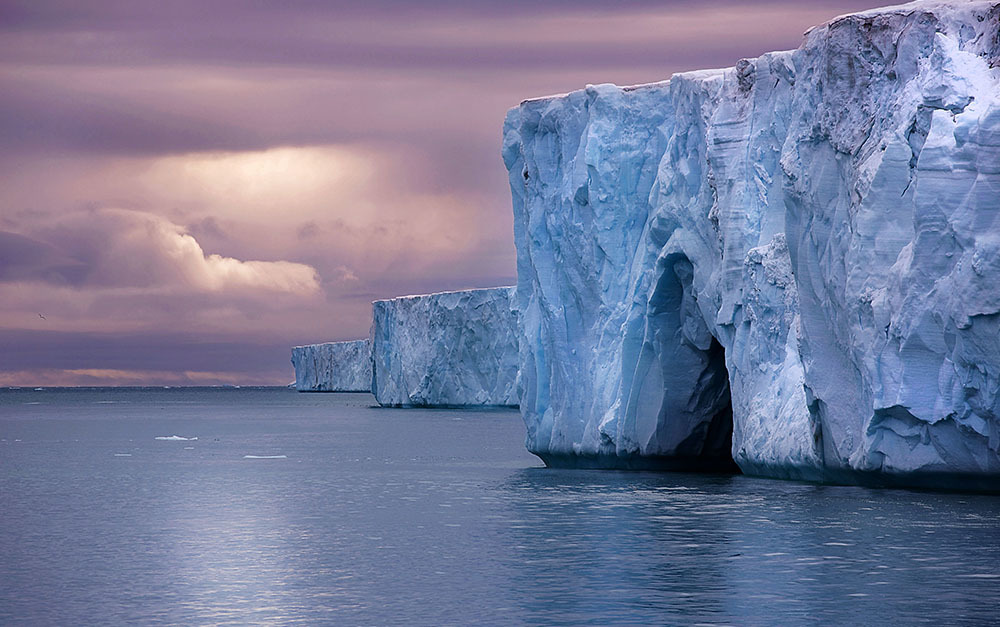 A Trump Executive Order has directed the Department of Labor to report on pension fund fiduciary obligations “to identify whether there are discernible trends with respect to such plans’ investments in the energy sector.” This is a reference to climate change issues. ValueEdge Advisors Vice Chair Nell Minow has filed a comment letter and adapted it as an article on the Harvard Law School Forum on Corporate Governance and Financial Regulation. An excerpt:

Representatives of the pension fund community and other institutional investors as well have been making the case for many years that the Department should continue to support the obligation of fiduciaries to consider all elements of investment risk and return “for the exclusive benefit of plan participants,” as the statute requires.

For example, over the past few years, the market has become much more sensitive to the impact of climate change on both risks and opportunities for portfolio companies. This is reflected by the fastest growing sector in the investment world, ESG (environment, social, governance, sometimes also known as sustainability), a market-driven response from every major financial institution, not just in the US but throughout the world.

The Department of Labor policies for investment professionals have always been about process, the only substantive requirement being the statutory obligation of diversification. We encourage the Department to continue with this approach. It would be a mistake to substitute its own judgment for that of the professional money managers who are in the best position to make those decisions. The Department’s job is to ensure the independence and freedom from conflicts of interest of those professionals, and that includes not allowing the insiders at their portfolio companies to tell them what to do.

We expect the Department to conduct wide-ranging research to prepare their response to the directive in the Executive Order, reaching out to institutional investors to better understand how they are incorporating their assessment of climate change and other environment-related investment and liability risk in their proxy votes and other shareholder rights, including litigation and nomination of dissident candidates for the board.

It’s like a game of Whack-a-Mole with the energy companies and other businesses working to limit shareholder access to independent research and voting rights. The SEC allowed ExxonMobil to omit a shareholder resolution about greenhouse gas emissions from its proxy. The Commission is still considering possible action restricting shareholder proposals and proxy advisors following the November 15, 2018 “proxy plumbing” hearing.

The Senate held a similarly slanted hearing clearly orchestrated by the same group of corporate insiders, and President Trump has now issued an Executive Order that addresses regulatory barriers to financing new energy infrastructure. It calls on the Department of Labor to determine whether retirement plans engaging with energy companies on ESG issues comply with the fiduciary obligations of ERISA. The White House said in a statement that the Executive Orders are designed “to address regional and local energy supply constraints and to promote an efficient energy market.”

The ERISA review portion of the order notes that “companies owe a fiduciary duty to their shareholders to strive to maximize shareholder return, consistent with the long-term growth of a company.” That section also calls on the Labor secretary to review guidance on proxy voting “to determine whether any such guidance should be rescinded, replaced or modified to ensure consistency with current law and policies that promote long-term growth and maximize return on ERISA plan assets.”

This appears to be a smokescreen for another attack on shareholder proxy votes and initiatives relating to climate change. Any investigation on the merits should reveal that shareholder concerns about climate change, purely from a financial perspective, are not only consistent with fiduciary obligation, but required by it. For example:

1. The Environmental Protection Agency published a 150-page document about coping with the debris from natural disasters across the country: Start planning for the fact that climate change is going to make these catastrophes worse. This is an essential issue for every element of corporate strategy, from supply chain issues to core operations and risk management.

2. A study published in Sustainability Accounting, Management and Policy Journal by Michael Magnan and Hani Tadros found that better disclosure of environmental performance correlated with better performance at the 78 companies in environmentally sensitive industries that they examined.

Of course you do not have to be an economist to conclude that companies will be more transparent when there is good news to report. What matters here is what investors can conclude from the level of transparency in these disclosures, and what it means about the potential – or necessity – for engagement.

Note: Since July 2017, following the release of the Task Force on Climate-Related Disclosures (TCFD) guidelines, more than 500 large businesses, investors and industry groups have signed on to provide this type of forward-looking financial disclosure. Companies in the financial services industry are leading the way in their support of the TCFD recommendations, including BlackRock, State Street and S&P Global, along with the Association of Chartered Certified Accountants.

3. The Bank of England takes note of climate risk:

[A] speech by Sarah Breeden, head of international banks supervision, suggests a degree of sympathy with the points being made by the protesters: that time is running out to prevent catastrophic climate change and previous efforts to combat the problem have been nowhere near vigorous enough.

Breeden’s message to the financial sector was that they need to incorporate climate change into their corporate governance, their risk management analysis, their forward planning and their disclosure policies or face the prospect of losing a heck of a lot of money.

The financial markets have a term for a sudden drop in assets prices known as a Minsky moment (after the economist Hyman Minsky). Breeden said a climate Minsky moment was possible, in which losses could be as high as $20tn (£15.3tn).

If the Bank of England is calling on companies to address the risks of climate change, then the Department of Labor should recognize that pension fund managers’ similar assessment of risk is consistent with their obligation as fiduciaries.

Renowned investor Jeremy Grantham is putting $1 billion into contributions and investments to “decarbonize” the economy. He says climate change and the efforts to adapt to and minimize it will bring about “the biggest reshuffling of the economy since the Industrial Revolution.”

The 50/50 Climate Project founded by the late Rich Ferlauto is now a part of Majority Action, the group that has been very effective in pursuing shareholder initiatives on guns, and it has been renamed The Climate Majority Project.

Their report, dedicated to Ferlauto, was produced with the support of the Nathan Cummings Foundation, Partners for a New Economy, the Arca Foundation and the Silberstein Foundation.

In recent years, institutional investors worldwide have won substantial advances in corporate disclosures and engagement on climate change. Companies across a range of industries have set emissions reductions targets, undertaken scenario planning, and made meaningful disclosures of climate-related risks. Moreover, despite the Trump Administration’s announced plan to withdraw from the 2015 Paris Agreement, investors joined with mayors, governors, and business leaders across the United States in the “We Are Still In” coalition, re-doubling their commitment to meeting the agreement’s goals of keeping warming to well below 2°C above pre-industrial levels, and pursuing efforts to limit warming to 1.5°C.

What is especially important in this report is the way it frames climate change as both risk and opportunity for investors. For example:

Decarbonization of the economy and electrification of other sectors create unprecedented opportunities and challenges for utilities and their investors. Utilities are facing stagnant demand, with increases in usage from economic growth offset by increased efficiencies and development of distributed generation. Economy-wide decarbonization has the potential to drive a dramatic expansion of electricity usage as transportation, heating, and industrial activities are electrified.

The risks the report covers include financial, regulatory, competitive and physical. It concludes with a plan of action for a shift to net zero carbon emissions by 2050, including transparency on political and lobbying expenditures and meaningful transitional milestone goals for incentive compensation.

As You Sow reports on this year’s shareholder resolutions:

Proponents have filed at least 386 shareholder resolutions on environmental, social and sustainability issues for the 2019 proxy season, with 303 still pending as of February 15. Securities and Exchange Commission (SEC) staff have allowed the omission of only six proposals so far in the face of company challenges, far fewer than the 27 omitted at this point last year because the SEC was included in the recent six-week government shutdown. Companies have lodged objections to at least 54 more proposals that have yet to be decided.

Proponents have already withdrawn more proposals than they had last year – 71, up from 62 in mid-February 2018. Usually these are a sign that proponents and companies have reached an agreement.

The topic of climate change and other environmental issues undergirds many other corners of shareholder activity this proxy season.

The number of proposals specifically concerned with climate change has dropped to 60, down from 83 last year, although, as in the past, climate change is also raised in other proposals about sustainability disclosure and in a few on lobbying.

Last year, the SEC upended years of precedent when it told EOG Resources on February 26, 2018 that a resolution asking it to adopt greenhouse gas goals concerned ordinary business – an effort to “micromanage” the company – and so could be omitted from the proxy.

A new resolution at three banks asks them to limit their financing on “extreme fossil fuel projects” in the Arctic, Canada’s oil sands and for coal; two challenges are outstanding.