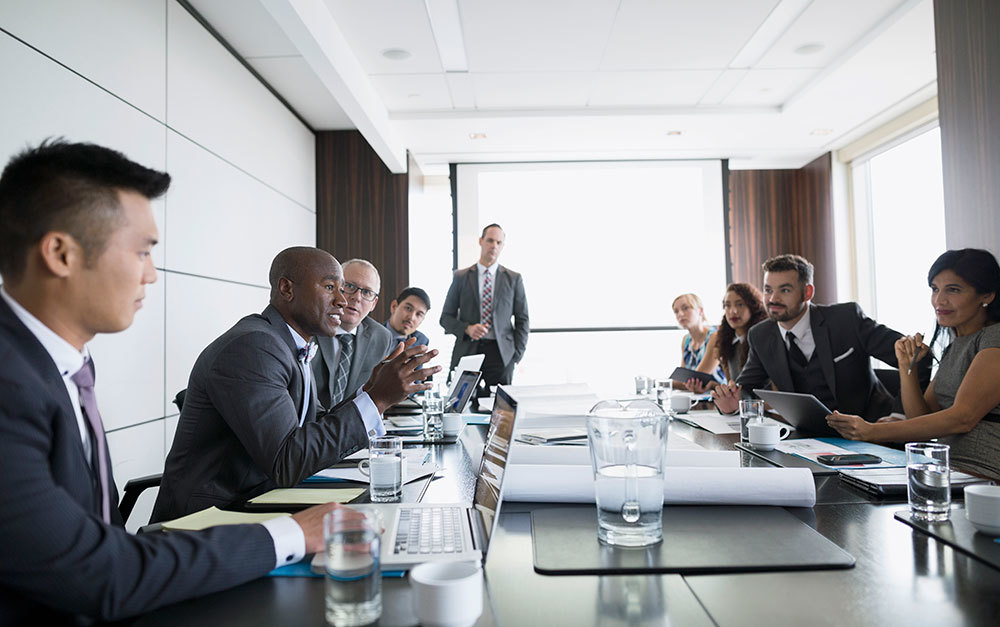 In the first five months of 2018, women accounted for 248, or 31%, of new board directors at the country’s 3,000 biggest publicly traded companies, according to an analysis of corporate filings by ISS Analytics, the data arm of Institutional Shareholder Services.  That is the highest percentage in at least a decade, and puts 2018 on track to be a record year for new female board members.

Shareholder pressure, along with the #MeToo movement, is fueling some of the momentum, board recruiters say.  “Some [companies] are being dragged forward on this issue, and others are embracing it,” said Julie Hembrock Daum, head of executive-recruitment firm Spencer Stuart’s North American board practice.

Big investors such as State Street Global Advisors and BlackRock Inc. are urging companies to diversify their boards and, in some cases, voting against certain board members at firms with all-male boards.

One of those big investors is the New York City Pension Funds, led by Comptroller Scott Stringer.  He announced in June 2018 that after less than a year, the groundbreaking “Boardroom Accountability Project 2.0” (BAP 2.0) campaign, an initiative that pushes for greater corporate board diversity and transparency reforms, has accomplished unprecedented engagement with more than half of the 151 major U.S. companies targeted.  The announcement reflects the growing momentum for greater transparency and diversity from often insular and homogeneous boardrooms.

Since last September, Comptroller Stringer and the NYC Funds have written to 151 public companies in the Funds’ portfolios – 80% in the S&P 500 – calling for the disclosure of a board “matrix,” a table describing the skills, gender, and race/ethnicity of individual directors on the board; and engagement with independent directors regarding “refreshment” opportunities to bring new voices and viewpoints into the boardroom.

Since then, over 85 companies have adopted improved processes and increased transparency regarding board quality, diversity, and refreshment. Over 35 companies are also now making unprecedented disclosure of not only the qualifications of their board members, but also details on boardroom gender and racial/ethnic diversity.  In addition:

A group of top board leaders and other diversity advocates are challenging the continued barriers to board diversity with a new action plan, released by WomenCorporateDirectors (WCD), the largest organization of women board members globally.  The Nominating & Governance Chair (N&G) Roundtable – composed of 18 male and female ethnically diverse board chairs, CEOs, and nominating and governance committee chairs – draws from companies ranging from Aetna and McDonald’s to Alaska Air and Levi Strauss. The N&G roundtable, which was sponsored by KPMG, met to address the persistent impediments to board diversity, even as investor groups have pushed for more women and other diverse directors around the boardroom table.  The action plan:

Board Diversity in Goldman Sachs and JPMorgan

The Goldman Sachs Board Remains Old Boys’ Club Even as Rivals Promote Women:

Goldman Sachs Group Inc. is an old boys’ club – in the boardroom.

The Wall Street firm, which publicizes its efforts to promote women entrepreneurs around the world and hire more female professionals, has just two women on its 11-member board of directors.  The percentage of female directors, at 18%, ranks the firm 358th in the Standard & Poor’s 500 Index of large U.S. companies, according to an analysis by BoardEx, a relationship-mapping service of TheStreet Inc.  The ratio also pales in comparison with that of some other big U.S. financial firms, including Wells Fargo & Co. at 42%, Bank of America Corp. at 33% and Citigroup Inc. at 31%.

For a firm that prides itself on cutting-edge investing savvy, Goldman’s record on boardroom gender diversity looks increasingly behind the times – potentially hurting its own shareholders, since a growing body of research has shown that boards with more women are better at decision-making and bring higher financial returns.

On JPMorgan’s Board, Women Are Fewer Than a Few:

He frequently touts the fact that half of the 10 executives on his senior most leadership team are women, and 50% of the largest U.S. bank’s total employees are female.  JPMorgan offers more than 20 support groups for female staffers, provides generous parental leave benefits and sponsors programs to encourage more women to choose technology-related careers.

But it stops at the very top:  On JPMorgan’s board of directors, women are fewer than a few.

Only two female candidates appear on the ballot for election to the 12-member board of directors at the company’s annual shareholder meeting Tuesday.  That works out to a 17% ratio, ranking in the bottom fourth of the Standard & Poor’s 500 Index of large U.S. companies.

One Step Forward, One Step Not Forward in Board Diversity

“It is unconscionable that hundreds of publicly-held U.S. companies have no women directors,” DiNapoli said.  “We’re putting all-male boardrooms on notice – diversify your boards to improve your performance.  There is ample research that board diversity benefits companies.  We will continue to urge our portfolio companies to adopt inclusive policies to diversify their boards, but we’re also going to be speaking loudly with our board votes.  We commend those companies that have agreed to improve their policies in an effort to diversify their boards.”

When it comes to having a leadership role performing the duties that make up much of a board’s work, though, the evidence is less encouraging.  Men outnumber women in leadership roles on all board committees by more than four to one, according to an analysis of data compiled by BoardEx, a relationship mapping service of TheStreet Inc.