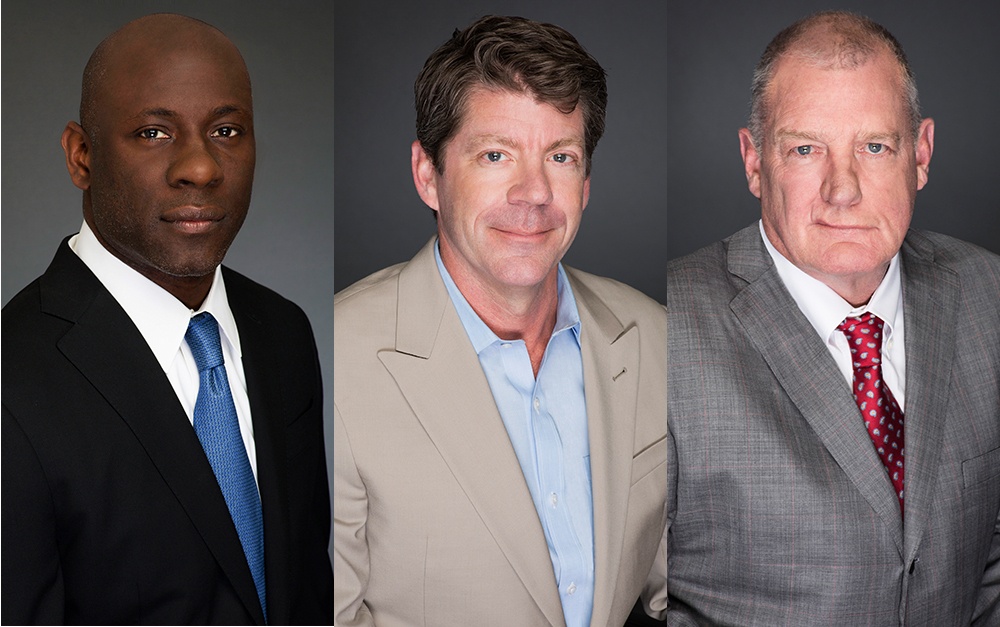 On May 1, 2019, The National Law Journal selected Robbins Geller attorneys Shawn A. Williams, Tor Gronborg and Patrick J. Coughlin as 2019 Plaintiffs’ Lawyers Trailblazers. The publication reviewed hundreds of nominations before awarding the attorneys “who continue to make their mark in various aspects of legal work on the Plaintiffs’ side. . . . [E]ach has shown a deep passion and perseverance in pursuit of their mission, having achieved remarkable successes along the way.” NLJ then interviewed each honoree to discover their pioneer spirits, the trails they have blazed, and what they see for the future of litigation.

Before becoming a managing partner at the Firm, Shawn Williams served for five years as an Assistant District Attorney in the Manhattan District Attorney’s Office where he tried over 20 cases to New York City juries and led white-collar fraud grand jury investigations. Shawn didn’t always want to be a plaintiffs’ lawyer: “[I]t just developed that way. I had a friend who was doing plaintiffs’ securities work, and we would talk a lot about it. It seemed like something I could get interested in, and I felt it was the right side of the law. It’s similar to being a prosecutor, but on the civil side.”

“Our firm primarily handles securities cases, and they all tend to allege facts under the Securities Act of 1933 and Securities Exchange Act of 1934,” Shawn told NLJ. “The Firm has prosecuted big cases against big financial firms, and . . . [m]any have resulted in hundreds of millions of dollars for investors. We continue to break new ground as a team, and the vigilance by which we go about prosecuting these cases, especially considering we do the work on a contingency basis, is outstanding.”

NLJ also highlighted Shawn’s litigation achievements in cases such as Chicago Laborers Pension Fund v. Alibaba Group Holdings Limited, in which he led the litigation team to a $75 million settlement, which was preliminarily approved in January 2019. The court concluded that the settlement was “fair, reasonable, and adequate” for the class. Likewise, the publication commended Shawn for his work in West Virginia Pipe Trades Health & Welfare Fund v. Medtronic, Inc., in which he obtained a $43 million settlement after the Robbins Geller team, along with co-lead counsel, litigated the case for more than five years. “The team obtained extensive discovery, achieved certification of the class, successfully appealed the district court’s summary judgment decision in the Court of Appeals for the Eighth Circuit and then defeated defendants’ renewed motion for summary judgment,” the publication noted.

Shawn is currently serving as co-lead counsel in In re Facebook Biometric Info. Privacy Litig., a case against Facebook that arises out of the company’s use of facial recognition software to extract unique biometric identifiers from photographs uploaded to its online social network. “The case blends law and technology and will have an enormous impact on consumers going forward. The questions are around biometric data and how it can be collected, used and safeguarded. These cases are burgeoning all over the country, though Illinois is the only state that has an effective statute,” Shawn explained to NLJ. “If your facial image gets stolen, we haven’t figured out how to fix that. You can’t just change it like your credit card number. But when the lawsuits arise, such as cases like this where Facebook allegedly collected faceprints without permission, there is a question on whether you can sue for that even if you haven’t been harmed and they haven’t lost your face data. The courts are grappling with this. The case has tested me as a lawyer in terms of whether the law can keep up with technology in a way that will be effective for consumers. It’s developing so fast, no one knows where it is heading.”

Shawn went on to note that how law and technology reconcile will be a major challenge going forward: “[I]t’s unpredictable. More states will likely attempt to regulate social media companies, the vast amount of data they collect, how that data can be used, whether it can be sold and whether consumers should participate in the profits.”

One of the Firm’s top securities litigators and a managing partner, Tor Gronborg has served as lead or co-lead counsel in numerous securities fraud cases that have collectively resulted in billions of dollars for investors. “I judge people by their enemies,” Tor said when speaking about his noted history in law, including his prepared pleadings and briefings in Broudo v. Dura Pharmaceuticals, Inc. “It was a seminal case that went to the U.S. Supreme Court on loss causation. When it came back to the district court, we continued to litigate and establish the ground rules for pleading and proving loss causation,” he told the publication. NLJ commended his work, noting that in that case, “the Supreme Court held that to plead loss causation a plaintiff needs to allege the causal connection between the loss and the alleged fraud.”

NLJ lauded Tor’s pleadings in In re Daou Systems, Inc., which were upheld by the Ninth Circuit, and his work as the co-lead of the trial team in Hsu v. Puma Biotechnology, Inc., which ended with a verdict in favor of plaintiffs after a two-week jury trial in January 2019. “The verdict found that Puma Biotechnology and its CEO Alan H. Auerbach committed securities fraud and awarded shareholders up to $100 million in damages. The Puma case is only the 15th securities class action tried to a verdict since the Private Securities Litigation Reform Act was enacted in 1995,” noted the publication.

Tor’s other reputable cases yielded “significant recoveries against corporations such as Cardinal Health ($600 million), Motorola ($200 million), Duke Energy ($146.25 million), Sprint Nextel Corp. ($131 million), Prison Realty ($104 million), CIT Group ($75 million), Wyeth ($67.5 million) and Intercept Pharmaceuticals ($55 million). The recovery for Intercept is believed to be the largest per-day recovery in the history of securities litigation,” commended NLJ, which went on to also highlight Tor’s work with e-discovery and ESI. “I’ve worked on the standards and litigating the issues from the outset of email discovery to today where discovery and e-discovery are almost synonymous,” said Tor.

When discussing the future of law and the continued efforts to bar plaintiffs from the courthouse, Tor explained that “[w]hen you are on the plaintiffs’ side, it does not take long to realize that ‘calls for reform’ are really just calls to limit the rights of individuals. We will continue to see efforts to denigrate the work that plaintiffs’ firms do, and we will have to continue to be vigilant in dealing with this. Part of our job is making sure people recognize that one of the values of living in a country like ours is that you don’t have to be rich or famous or a corporation to assert your rights and get your day in court.”

Patrick Coughlin, former assistant U.S. attorney in the District of Columbia and the Southern District of California, has been lead counsel for several major securities matters at the Firm, including one of the earliest and largest class action securities cases to go to trial, In re Apple Computer Sec. Litig., and most recently, along with Tor, led the Firm’s trial team in Hsu v. Puma Biotechnology, Inc. “I was trying a murder-for-hire case under a new federal statute in San Diego,” and “it seemed a lot more interesting to me to be suing big corporations for fraud, rather than construction defect defense or something else. I had two cases in the first year—one versus Nationwide and one against Apple.”

Since then, Patrick has been lead counsel for several major securities matters. “I handled the largest securities recovery class action on behalf of the University of California Regents in the Enron case. We recovered $7.2 billion for the class,” he noted. Patrick is currently representing merchants in the antitrust case In re Payment Card Interchange Fee and Merchant Discount Litig., in which a settlement of up to $6.26 billion was recently preliminarily approved by the Eastern District of New York. Thought to be the largest antitrust class action case in history, the case charges Visa, Mastercard, and the country's major banks with violating federal law in the allegedly collusive manner in which rules are set in the industry, including rules requiring payment of ever-increasing interchange fees by merchants.

NLJ also spoke with Patrick about the case he is the most proud of, the Joe Camel cartoon ad campaign that targeted children. “The campaign was about getting kids to smoke, and we got R.J. Reynolds to stop it. I got involved when there was an article in the American Journal of Medicine that found Joe Camel was more recognizable to six-year-olds than Mickey Mouse, even though the campaign was only four years old,” explained Patrick.

When speaking to the future of litigation, which will always be full of corporate and securities fraud and antitrust violations, Patrick noted: “There will always be that fraud. We have the strongest markets in the world, but people are always trying to pass laws to weaken our securities regulations and the private attorney general powers.”

NLJ used Patrick’s work in Hsu v. Puma Biotechnology, Inc. as an example, which resulted in a verdict in favor of the plaintiffs after a two-week jury trial in January. “I could never understand why people misrepresent what’s going on. So I enjoy trying those cases, and that is where the future is for me,” noted Patrick.