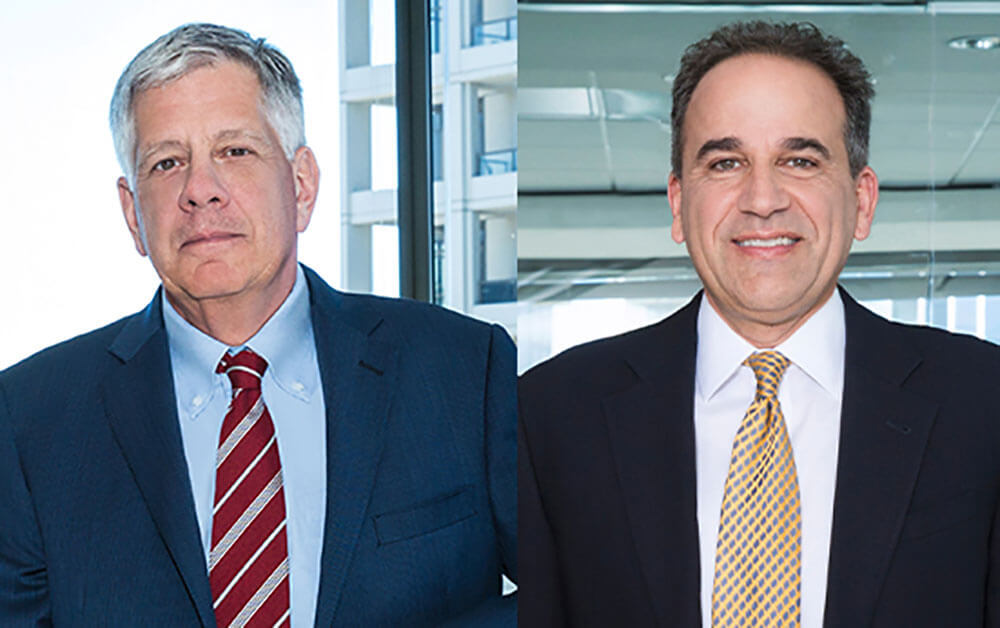 On August 15, 2019, Best Lawyers® named 11 Robbins Geller attorneys to its 2020 edition of The Best Lawyers in America, including Darren J. Robbins, Paul J. Geller, and Michael J. Dowd. Additionally, Mike Dowd and Spencer A. Burkholz were both recognized as Lawyer of the Year for 2020.

Marking the 11th time that he has been recognized as a Best Lawyer in America, Darren Robbins was selected in the areas of “Derivatives and Futures Law” and “Litigation – Securities.” Over the last two decades, Darren has served as lead counsel in more than 100 securities class actions and has recovered billions of dollars for injured shareholders. Most recently, he led a shareholder derivative action brought by several pension funds on behalf of Community Health Systems, Inc., which yielded a $60 million payment to Community Health (the largest recovery ever in a shareholder derivative action in Tennessee and the Sixth Circuit), as well as groundbreaking corporate governance reforms. In addition, Darren obtained a $125 million settlement in In re LendingClub Sec. Litig., a settlement that ranks among the top 10 largest securities recoveries ever in the Northern District of California, and a $215 million recovery in Schuh v. HCA Holdings, Inc., the largest securities class action recovery ever in Tennessee.

Paul Geller has been chosen as a Best Lawyer in America in the area of “Mass Tort Litigation/Class Actions – Plaintiffs” for the past four consecutive years. Rated AV by Martindale-Hubbell (the highest rating available), Paul has served as lead or co-lead counsel in many of the nation’s largest class actions. For example, he was selected to serve in a leadership position on the Plaintiffs’ Steering Committee on behalf of consumers in the massive Volkswagen “Clean Diesel” emissions scandal, and he, along with the committee and government agencies, reached a settlement that yielded more than $17 billion, the largest consumer class action settlement in history. Serving in a leadership role in the sprawling litigation concerning the nationwide prescription opioid epidemic, Paul has been working tirelessly on behalf of states, counties, and cities across America in an effort to hold the pharmaceutical manufacturers, distributors, and retail pharmacies accountable for the hundreds of thousands of deaths and billions of dollars of economic harm caused by their misconduct.

Selected in the area of “Commercial Litigation,” this year marks the 14th consecutive year that Patrick J. Coughlin has been honored as a Best Lawyer in America. He has prosecuted several prominent securities class actions, including the Enron litigation, in which $7.2 billion was recovered; the Qwest litigation, in which a $445 million recovery was obtained; and the HealthSouth litigation, in which a $671 million recovery was obtained. Patrick was most recently one of the lead attorneys who secured preliminary approval of a settlement of up to $6.26 billion in In re Payment Card Interchange Fee and Merchant Discount Litig. Thought to be the largest antitrust class action case in history, the case charges Visa, Mastercard, and the country’s major banks with violating federal law in the allegedly collusive manner in which rules are set in the industry, including rules requiring payment of ever-increasing interchange fees by merchants.

This is the third consecutive year that Spence Burkholz has been selected as a Best Lawyer, recognized in the “Litigation – Securities” and “Mass Tort Litigation/Class Actions – Plaintiffs” categories, and the first year that he has been named Lawyer of the Year. He has more than 20 years of experience in prosecuting securities class actions and private actions on behalf of large institutional investors. Spence was one of the lead trial attorneys in Jaffe v. Household International in the Northern District of Illinois, a securities class action that obtained a record-breaking $1.575 billion settlement after 14 years of litigation, including a six-week jury trial in 2009 that resulted in a verdict for plaintiffs. He has also recovered billions of dollars for injured shareholders in cases such as Enron ($7.2 billion), WorldCom ($657 million), Countrywide ($500 million), and Qwest ($445 million), to name a few.

For the third year in a row, Travis E. Downs III was chosen as a Best Lawyer in the “Derivatives and Futures Law” category. He has litigated several notable complex shareholder derivative actions, including In re Marvell Tech. Grp. Ltd. Derivative Litig., in which he helped secure $54 million in financial relief and extensive corporate governance enhancements. Travis also secured a $250 million settlement in In re Google, Inc. Derivative Litig., an action alleging that Google facilitated the improper advertising of prescription drugs. Notably, Travis worked with Darren on Community Health to obtain $60 million in financial relief and unprecedented corporate governance reforms.

David W. Mitchell, selected as a Best Lawyer in the “Litigation – Antitrust” category, is also receiving this honor for the third consecutive year. David focuses his practice on antitrust fraud litigation and has served as lead or co-lead counsel in numerous cases, helping to achieve substantial settlements for shareholders. He has litigated cases such as Dahl v. Bain Capital Partners, LLC, obtaining more than $590 million for shareholders, and In re Payment Card Interchange Fee and Merchant Discount Antitrust Litig. David recently represented investors in the ISDAfix Benchmark litigation, which to date has resulted in the recovery of more than $500 million on behalf of investors.

Selected as a Best Lawyer in the “Mass Tort Litigation/Class Actions – Plaintiffs” category for the second year in a row, Daniel S. Drosman has obtained significant recoveries for investors. As a former federal prosecutor and one of the Firm’s securities practice leaders, Dan has obtained billions of dollars on behalf of investors. Along with Mike and Spence, he served as lead trial counsel in Household International. Dan also helped secure a $388 million recovery for investors in J.P. Morgan residential mortgage-backed securities in Fort Worth Employees’ Retirement Fund v. J.P. Morgan Chase & Co. On a percentage basis, that settlement is the largest recovery ever achieved in an RMBS class action. In a pair of cases – Abu Dhabi Commercial Bank v. Morgan Stanley & Co. Inc.  and King County, Washington v. IKB Deutsche Industriebank AG  – Dan led a group of attorneys prosecuting fraud claims against the credit rating agencies, where he is distinguished as one of the few plaintiffs’ counsel to defeat the rating agencies’ traditional First Amendment defense and their motions for summary judgment.

Randall J. Baron, named a Best Lawyer for the second consecutive year in the “Litigation – Mergers and Acquisitions” and “Litigation – Derivatives and Futures Law” categories, has worked to advance the practice of shareholder merger and acquisition litigation to achieve substantial monetary recoveries for shareholders for almost two decades. Randy has led a team of lawyers whose accomplishments include obtaining instrumental rulings both at injunction and trial phases, and establishing liability of financial advisors and investment banks. He helped obtain $148 million for shareholders in the Dole Food case, the largest trial verdict ever in a class action challenging a merger transaction, and served as co-lead counsel in the Rural/Metro case, leading former shareholders to a rare victory of nearly $100 million in an award against Royal Bank of Canada Capital Markets LLC (RBC), which had acted as financial advisor to Rural/Metro’s lowball buyout. Randy was also involved in the record-breaking Kinder Morgan case, which yielded a $200 million recovery for investors, the largest M&A class action recovery in history.

Lastly, Jason A. Forge has been named a Best Lawyer in the “Litigation – Securities” category for the second time. As a former federal prosecutor and top securities litigator, he specializes in complex investigations, litigation, and trials. Jason has conducted and supervised scores of jury and bench trials in federal and state courts, including the month-long trial of a defense contractor who conspired with Congressman Randy “Duke” Cunningham in the largest bribery scheme in congressional history. He recently obtained approval of a $160 million recovery in the first successful securities fraud case against Wal-Mart Stores, Inc. in City of Pontiac General Employees’ Retirement System v. Wal-Mart Stores, Inc. Jason was also a member of the Firm’s trial team in Hsu v. Puma Biotechnology, Inc., a securities fraud class action that resulted in a verdict in favor of investors after a two-week jury trial.

Best Lawyers® selects attorneys based entirely on peer review, using a method “designed to capture, as accurately as possible, the consensus opinion of leading lawyers about the professional abilities of their colleagues within the same geographical area and legal practice area.” For more information regarding the publication’s methodology, visit their website.