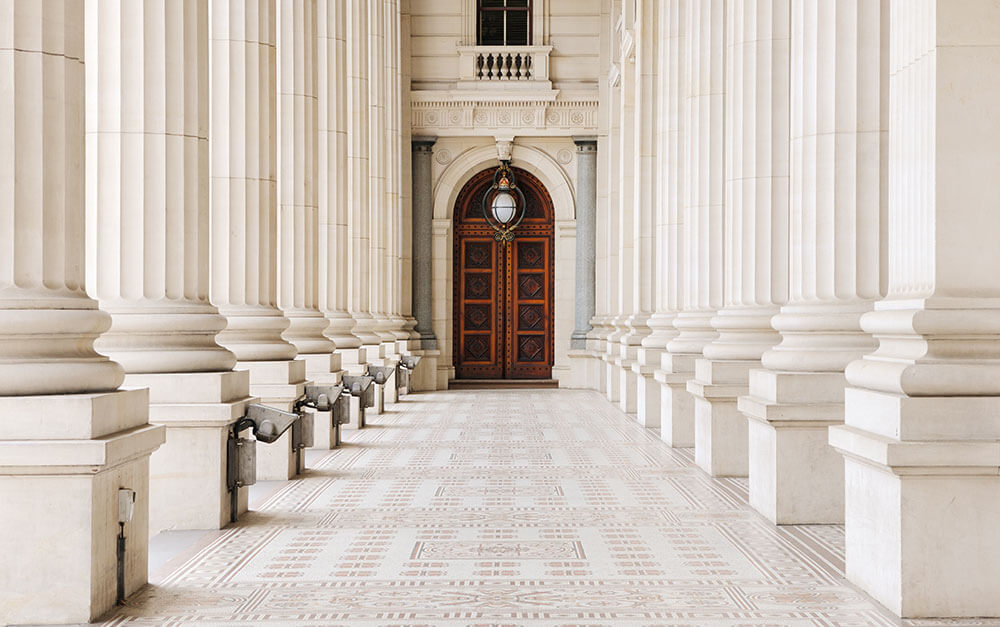 Benchmark Litigation recently named Robbins Geller one of the Top Ten Plaintiffs Firms in America and awarded the Firm with several Tier 1 rankings for 2019, calling the Firm “[o]ne of the country's best-known plaintiff shops.” Specifically, the publication named Robbins Geller Tier 1 in the categories of Plaintiff and Securities in California, and Tier 1 in San Diego. The Firm was also ranked highly nationally and in New York.

When researching Robbins Geller, the publication spoke with former opponents and peers regarding the Firm’s reputation. One such opponent confessed that Robbins Geller has the “guts to take the good cases to trial, and by the time it goes, this firm has made a true investment and puts everything on the line.” Another opponent called the Firm “relentless” and noted that its “lawyers really shine,” while a peer asserted that Robbins Geller is “getting more aggressive” and “taking on more cases and litigating them for longer.”

Named a California Star and a State Litigation Star, Robbins has served as lead counsel in more than 100 securities actions and has recovered billions of dollars for injured shareholders. Benchmark lauded him for his work as “sole lead counsel, obtain[ing] a groundbreaking $215 million settlement for former HCA Holdings shareholders in [the largest] securities class action recovery ever in Tennessee. Reached shortly before trial was scheduled to commence, the settlement resolves claims that the Registration Statement and Prospectus HCA filed in connection with the company’s massive $4.3 billion 2011 IPO contained material misstatements and omissions.” Recently, Robbins led a shareholder derivative action brought by several pension funds in Community Health Systems, Inc., which yielded a $60 million payment to Community Health Systems, as well as groundbreaking corporate governance reforms.

Rudman has been recognized as a Litigation Star, a National Practice Area Star and a Local Litigation Star in the practice area of Securities, among several others. With 22 years of experience in securities practice, he is a former attorney with the SEC, and has recovered hundreds of millions of dollars for shareholders. Benchmark emphasized Rudman’s role as lead counsel on behalf of investors in Silverman v. Motorola, Inc., in which he recovered $200 million two months before the trial was set to begin. “This outstanding result was obtained despite the lack of an SEC investigation or any financial restatement,” extolled Benchmark. The publication also commended him for obtaining a $55 million recovery in Intercept Pharmaceuticals, which is believed to be the largest per-day recovery in the history of securities litigation.

Not only has Benchmark named Burkholz a California Star, State Litigation Star, a Top 100 Trial Lawyer and a Top 20 Trial Lawyer in California, it also selected him as Plaintiff Attorney of the Year earlier in 2018. Burkholz has successfully prosecuted several high-profile securities class actions that resulted in historic recoveries for investors. He litigated the 14-year-long Household International case that resulted in “an eye-popping $1.6 billion settlement on behalf of shareholders of HSBC Finance,” and has also recovered billions of dollars for injured shareholders in cases such as Enron ($7.2 billion), WorldCom ($657 million), Countrywide ($500 million) and Qwest ($445 million). Burkholz has also been litigating Arkansas Teachers Ret. Sys. v. Goldman Sachs Grp., Inc., in which investors recently achieved class certification. The publication emphasized that Burkholz is “one of [the Firm’s] top guys in San Diego,” as well as one of the top trial attorneys in the field.

Brooks has successfully prosecuted several high-profile securities class actions that have resulted in record-breaking recoveries. He served as “lead counsel in concert with a team of plaintiffs that secured a $388 million recovery in July 2015 on behalf of a class of investors in nine 2007 residential mortgage-backed securities offerings issued by JPMorgan,” and served as lead trial counsel in Jaffe v. Household International in the Northern District of Illinois, a securities class action that obtained a record-breaking $1.575 billion settlement after 14 years of litigation, including a 6-week jury trial in 2009 that resulted in a verdict for plaintiffs. Most recently, he helped obtain a favorable ruling for plaintiffs in the United States Court of Appeals for the Ninth Circuit in Mineworkers’ Pension Scheme v. First Solar Incorporated, a securities fraud class action on appeal from an August 2015 order by the United States District Court for the District of Arizona. Brooks was selected as a California Star and a State Litigation Star.

Baron has been selected as a Litigation Star, California Star, National Practice Area Star and a State Litigation Star. For almost two decades, he has headed up a team of lawyers whose accomplishments include obtaining instrumental rulings both at injunction and trial phases, and establishing liability of financial advisors and investment banks. Most notably, he recovered $200 million in In re Kinder Morgan, Inc. S’holders Litig., the largest merger & acquisition class action recovery in history; $148 million in In re Dole Food Co., Inc. Stockholder Litig., the largest trial verdict ever in a class action challenging a merger transaction; and $110 million for shareholders in In re Rural/Metro Corp. Stockholders Litig., the largest damages award ever obtained against an investment bank for its role as a merger adviser, to name a few. He is currently litigating Hering v. Rite Aid Corporation, which recently survived defendants’ motions to dismiss.

Named a Future Star, Rosenfeld has spent more than 15 years practicing in the areas of securities litigation and corporate takeover litigation. He recently obtained a $34.5 million recovery in Patel v. L-3 Communications Holdings, Inc., which represents a high percentage of damages that plaintiffs could reasonably expect to be recovered at trial and is more than eight times higher than the average settlement of cases with comparable investor losses. He also worked with Rudman to obtain a $34 million recovery in In re OSG Sec. Litig., which represented an outsized recovery of 93% of bond purchasers’ damages and 28% of stock purchasers’ damages. Additionally, Rosenfeld achieved remarkable recoveries against companies in the financial industry, including a $70 million recovery in the securities class action on behalf of investors against Credit Suisse Group and a $74.25 million recovery in the securities fraud lawsuit against First BanCorp. Additionally, he settled claims against Barclays for $14 million, or 20% of investors’ damages, for statements made about its LIBOR practices.

Ranked as a Future Star, Olts has extensive experience prosecuting structured finance-related actions. Over the past several years, he has played an integral role in securing several landmark victories in RMBS-related litigation, and has achieved unparalleled success in recovering losses for investors in RMBS and other structured finance-related investments. Olts was a lead attorney in the Goldman Sachs case, securing a $272 million recovery for shareholders, and worked with Brooks to achieve a recovery of $388 million for investors in J.P. Morgan. In addition, along with Brooks, he was a member of the litigation team that obtained what Reuters called “a landmark” settlement in Abu Dhabi Commercial Bank v. Morgan Stanley & Co. Inc. After vigorously prosecuting the case for nearly five years, the settlement was reached two weeks before trial was set to commence. Olts secured another important victory for shareholders in an action involving the subprime mortgage fraud debacle in In re Wachovia Preferred Sec. & Bond/Notes Litig., which yielded a $627 million recovery, one of the largest credit-crisis class action settlements involving only Securities Act claims.

Benchmark ranked Pfefferbaum as a Future Star, and earlier in the year, included him in its 40 & Under Hot List in the category of Securities. He has recovered more than $100 million for investors and has served as lead class counsel in numerous notable cases that have resulted in substantial recoveries. Most recently, Pfefferbaum was a member of the litigation team that secured a historic recovery on a pro bono basis for Trump University students in two class actions against President Donald J. Trump, providing $25 million to approximately 7,000 consumers. He was also an integral member of the Robbins Geller litigation team in Garden City Emps.’ Ret. Sys. v. Psychiatric Sols., Inc. in which, after more than four years of litigation and on the eve of trial, he led shareholders to a $65 million recovery. The settlement is the largest securities class action recovery in the Middle District of Tennessee in almost a decade.

Compiled by the publishers of leading financial news magazines Institutional Investor and Euromoney, Benchmark decides its rankings after examining recent casework handled by law firms over a period of four to six months. Sources are then asked to offer their professional opinions on the attorneys practicing within their state or national practice areas. To learn more about their methodology, visit Benchmark’s website.