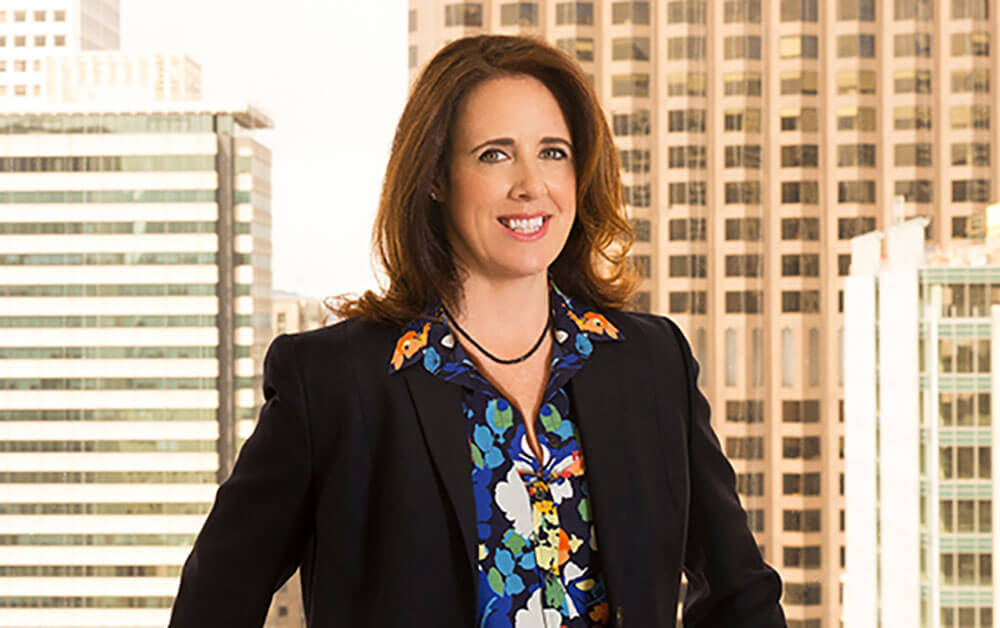 The National Law Journal named Robbins Geller partner Aelish Baig to its sixth annual list of Litigation Trailblazers for 2019. As part of a special supplement developed by the business arm of NLJ, the list honors attorneys who are “truly agents of change.”

“Aelish Baig has some lawyers in her family but hadn’t necessarily always planned to go to law school,” the publication noted when commending Aelish for her pioneer spirit, adding that once she decided to go into law, Aelish knew that she would pursue plaintiffs’ work.

“I started in family law on the plaintiffs’ side, then transitioned to Robbins Geller, where we can achieve some measure of justice that makes a difference in people’s lives,” Aelish told the publication.

NLJ highlighted Aelish’s work in the opioid litigation to end the epidemic that has been plaguing the country for years, leading to hundreds of thousands of deaths across America.

“We represent city, county and state governments around the country. It’s a daunting story of capitalism gone terribly wrong. There was extreme pressure at these pharmaceutical companies to drive sales from the top down. It revolutionized medical marketing and false promotion of these drugs as panaceas. From that flowed unfettered prescribing, and now overdosing has increased in lockstep with opiates prescribed,” Aelish explained to NLJ. “I don’t think the companies will be able to stand against the governments. We filed the first cases on false claims, as well as RICO, and the motions to dismiss have failed.”

“We go to trial in October. The courts have put it on the fast track because more than 100 people die every day of overdoses and the judge wants these cases resolved to get money out to communities,” added Aelish.

Regarding the future and how fraud always finds a way to present itself, Aelish told NLJ: “I feel honored to work in this field to create change that impacts people’s lives. I’m fortunate to be where I can continue to learn. I have no doubt that the next round of cases will present themselves as soon as we have a moment.”