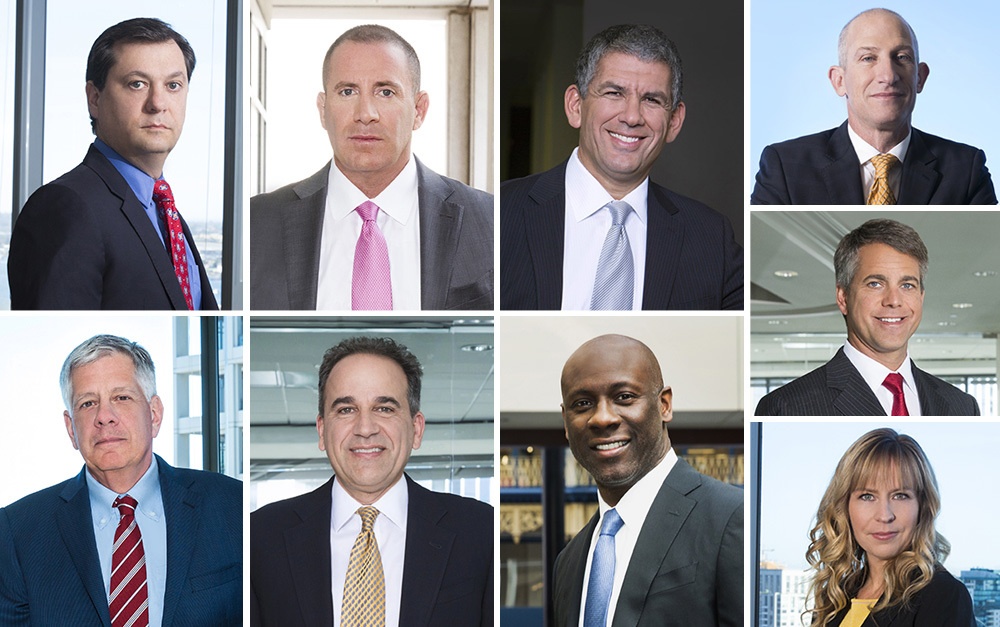 On March 19, 2018, Lawdragon announced that eight Robbins Geller partners have been recognized as Leading Lawyers in America for 2018. “These are lawyers who inspire with their public interest leadership, their vision of the rule of law and its relationship to our lives, our economies and our governance. They assess how to structure the most difficult deals, and how to counsel leaders who abuse, prevaricate and some who actually try to lead,” states the publication.

As the 12th time that Robbins has been included on this list, Lawdragon has commended him in the past for being “[o]ne of the brightest stars in the securities class action bar.” Over the last two decades, Robbins has served as lead counsel in more than 100 securities class actions and has recovered billions of dollars for injured shareholders. Most recently, he led a shareholder derivative action brought by several pension funds on behalf of Community Health Systems, Inc., which yielded a $60 million payment to Community Health (the largest recovery ever in a shareholder derivative action in Tennessee and the Sixth Circuit), as well as groundbreaking corporate governance reforms. In addition, Robbins obtained a $215 million recovery in Schuh v. HCA Holdings, Inc., the largest securities class action recovery ever in Tennessee. He has been named California Lawyer Attorney of the Year and has been recognized as one of the nation’s top securities litigators by numerous organizations and publications. Robbins has also been named one of the “Top 100 Lawyers Shaping the Future” by the Daily Journal and one of the “Young Litigators 45 and Under” by The American Lawyer.

This year also marks the 12th time that Geller has been selected as a Leading Lawyer. He has previously been commended by Lawdragon for being “involved in some of the country’s most high-profile class actions.” Rated AV by Martindale-Hubbell (the highest rating available) and named a Best Lawyer in America and the 2018 Lawyer of the Year by Best Lawyers®, Geller has served as lead or co-lead counsel in many of the nation’s largest class actions. For instance, he was selected to serve in a leadership position on the Plaintiffs’ Steering Committee on behalf of consumers in the massive Volkswagen “Clean Diesel” Emissions scandal, and he, along with the committee and government agencies, reached a settlement that yielded more than $17 billion, the largest consumer class action in history. Most recently, Geller was selected to serve in a leadership position on behalf of governmental entities and other plaintiffs in the sprawling litigation concerning the nationwide prescription opioid epidemic. In reporting on the selection of the lawyers to lead the case, The National Law Journal reported that “[t]he team reads like a ‘Who’s Who’ in mass torts.”

Marking the first time that Burkholz has been named a Leading Lawyer, he has more than 20 years of experience in prosecuting securities class actions and private actions on behalf of large institutional investors. Along with Dowd, Burkholz litigated the 14-year-long Household International case and the WorldCom case, the largest opt-out (non-class) securities action recovery, which yielded a $657 million recovery. He also served as co-lead counsel in the Countrywide MBS case, which yielded a $500 million recovery, the largest residential mortgage-backed securities purchaser class action recovery in history. Additionally, Burkholz has recovered billions of dollars for injured shareholders in cases such as Enron ($7.2 billion) and Qwest ($445 million), to name a few. He has been named a Top Plaintiff Lawyer by the Daily Journal, a Recommended Lawyer by The Legal 500, a Super Lawyer by Super Lawyers Magazine, and a Best Lawyer in America by Best Lawyers®. Additionally, Burkholz has been recognized as a Plaintiff Attorney of the Year, a Local Litigation Star and a Top 100 Trial Lawyer by Benchmark Litigation.

As a former federal prosecutor and one of the Firm’s securities practice leaders, Drosman has obtained billions of dollars on behalf of investors. For instance, along with Dowd and Burkholz, he served as lead trial counsel in Household International. He also helped secure a $388 million recovery for investors in J.P. Morgan residential mortgage-backed securities in Fort Worth Employees’ Retirement Fund v. J.P. Morgan Chase & Co. On a percentage basis, that settlement is the largest recovery ever achieved in an RMBS class action. In a pair of cases – Abu Dhabi Commercial Bank, et al. v. Morgan Stanley & Co. Inc. (“Cheyne” litigation) and King County, Washington, et al. v. IKB Deutsche Industriebank AG (“Rhinebridge” litigation) – Drosman led a group of attorneys prosecuting fraud claims against the credit rating agencies, where he is distinguished as one of the few plaintiffs’ counsel to defeat the rating agencies’ traditional First Amendment defense and their motions for summary judgment based on the mischaracterization of credit ratings as mere opinions not actionable in fraud. Drosman has been named a Top 100 Lawyer by The Daily Journal, a Recommended Lawyer by The Legal 500 and a Super Lawyer by Super Lawyers Magazine. This is the first year he has received the Leading Lawyer honor.

This is also the first time that Williams has been named a Leading Lawyer. Prior to his work with Robbins Geller, he spent five years as an Assistant District Attorney in the Manhattan District Attorney’s office, where he tried 20 cases and led grand jury investigations into white-collar fraud. Williams is among the Firm’s lead attorneys prosecuting shareholder derivative actions, securing tens of millions of dollars in cash recoveries and negotiating the implementation of comprehensive corporate governance enhancements. For instance, Williams and a team of Robbins Geller attorneys secured significant governance reforms and corporate initiatives in City of Westland Police and Fire Ret. Sys. v. Wells Fargo & Co., including $36.5 million in funding for homeownership down-payment assistance in communities affected by the financial crisis and high foreclosure rates. Other notable cases include Medtronic, Inc., McAfee, Inc., Marvell Tech., In re KLA Tencor S’holder Derivative Litig., and The Home Depot, Inc. Derivative Litig., to name a few.

Like Rudman, this is the third time Baron has been selected as a Leading Lawyer. Baron has worked to advance the practice of shareholder merger and acquisition litigation to achieve substantial monetary recoveries for shareholders for almost two decades. He has led a team of lawyers whose accomplishments include obtaining instrumental rulings both at injunction and trial phases, and establishing liability of financial advisors and investment banks. Baron helped obtain $148 million for shareholders in the Dole Food case, the largest trial verdict ever in a class action challenging a merger transaction, and served as co-lead counsel in the Rural/Metro case, leading former shareholders to a rare victory of nearly $100 million in an award against Royal Bank of Canada Capital Markets LLC (RBC), which had acted as financial advisor to Rural/Metro’s lowball buyout. Baron was also involved in the record-breaking Kinder Morgan case, which yielded a $200 million recovery for investors, the largest M&A class action recovery in history. Baron has received numerous accolades, including being named Attorney of the Year by California Lawyer, a Litigation Star by Benchmark Litigation, Litigator of the Week by The American Lawyer, a Leading Lawyer by The Legal 500, a Super Lawyer by Super Lawyers Magazine and has been twice named a Mergers & Acquisitions Trailblazer by The National Law Journal.

Lastly, Jensen is recognized as a Leading Lawyer for the second time this year, having been one of the lead attorneys who secured a historic recovery on behalf of Trump University students in two class actions against President Donald J. Trump. She represented the class on a pro bono basis, ensuring that the $25 million settlement provides significant recoveries to individual class members. Additionally, Jensen served as co-lead counsel in City of Westland Police & Fire Ret. Sys. v. Stumpf, obtaining a groundbreaking $67 million settlement of the shareholder derivative suit involving Wells Fargo & Co. Most recently, she has been appointed to the Plaintiffs’ Steering Committee in the Chrysler-Dodge-Jeep EcoDiesel Marketing, Sales Practices, and Products Liability Litigation. Jensen has been named a Top Woman Lawyer by the Daily Journal, a Super Lawyer by Super Lawyers Magazine, and has also received local recognition and commendation for her human rights work.