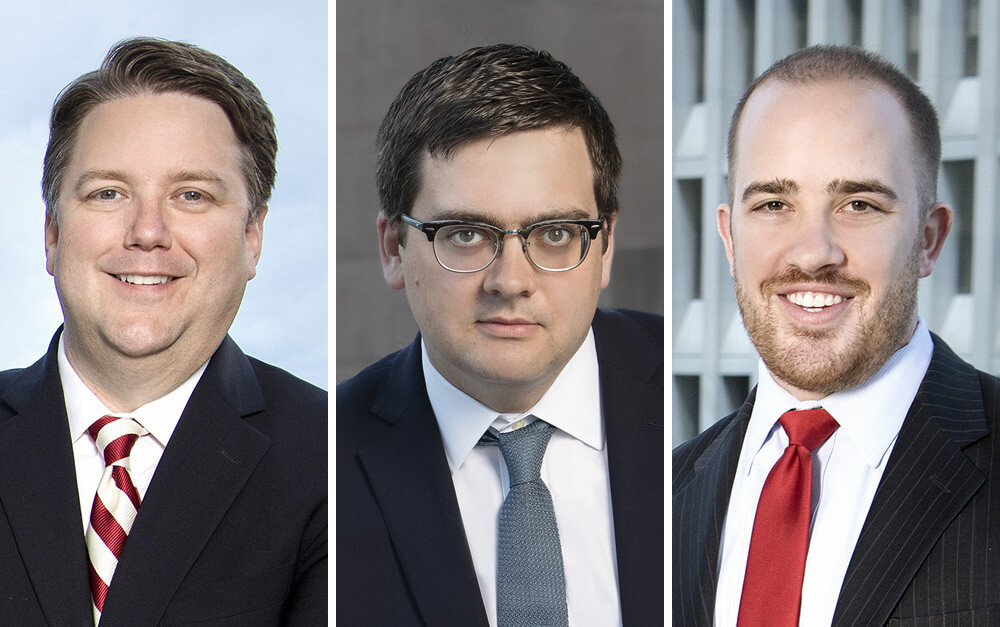 On November 8, 2018, Robbins Geller attorney Jerry E. Martin was recognized as a Super Lawyer, while Christopher M. Wood and Christopher H. Lyons were both selected as Rising Stars by Super Lawyers Magazine for the Mid-South Region.

Marking the third consecutive year that he has been named a Mid-South Super Lawyer, Martin has been recognized as a national leader in combatting fraud and has addressed numerous groups and associations, such as Taxpayers Against Fraud and the National Association of Attorneys General. Martin, who previously served as the presidentially appointed United States Attorney for the Middle District of Tennessee, recently helped resolve a False Claims Act case against skilled nursing home provider Signature Healthcare, LLC, in which two whistleblowers alleged that Signature was involved in a scheme to artificially inflate its Medicare reimbursement by providing unnecessary physical, occupational and speech therapy to nursing home residents. The case resulted in a $30 million settlement. He also was a key member of the litigation team that successfully obtained a $2.71 million settlement to resolve whistleblower allegations of Medicare billing fraud in the Innovative Therapies case. Along with a team of Robbins Geller attorneys, including Wood, Martin also obtained a $65 million recovery in the securities class action lawsuit Garden City Employees’ Retirement System v. Psychiatric Solutions, Inc. The result represents the fourth largest securities recovery ever in the Middle District of Tennessee and the largest in more than a decade.

Robbins Geller partner Wood has been a member of numerous litigation teams responsible for recovering hundreds of millions of dollars for investors in Tennessee, as well as across the globe. In addition to Psychiatric Solutions, Wood also helped achieve a $265 million recovery for shareholders in In re Massey Energy Co. Sec. Litig., an action alleging that Massey’s executives made false and misleading statements regarding its commitment to safety prior to the tragic Upper Big Branch Mine Disaster. Additionally, he was a key member of the litigation team that successfully obtained a $95 million recovery in In re VeriFone Holdings, Inc. Sec. Litig., one of the largest securities class action settlements ever achieved in the Northern District of California. This is the seventh time that Wood has been named a Rising Star in the Mid-South or Northern California Region.

This year marks the first time that Lyons has been recognized as a Rising Star. As an associate, he represents institutional and individual investors in merger-related class action litigation and in complex securities litigation. Prior to joining Robbins Geller, Lyons was an associate at a prominent Delaware law firm, where he mostly represented officers and directors defending against breach of fiduciary duty claims in the Delaware Court of Chancery and in the Delaware Supreme Court. Before that, he clerked for Vice Chancellor J. Travis Laster of the Delaware Court of Chancery. Lyons now applies the expertise he gained from those experiences to help investors uncover wrongful conduct and recover the money and other remedies to which they are rightfully entitled.

Super Lawyers, an affiliate of Thomson Reuters, recognizes attorneys who have distinguished themselves for their high degree of peer recognition and professional achievement in their legal practices. Each year, no more than 5% of lawyers are honored as Super Lawyers, and 2.5% are named as Rising Stars in each state. Annual selection is made through a statewide survey of lawyers, independent research evaluation of candidates and peer reviews within each practice area. The Super Lawyers lists are published nationwide in Super Lawyers Magazine, as well as leading city and regional magazines and newspapers across the country. A full description of the methodology behind Super Lawyers’ selection process can be found on its website.