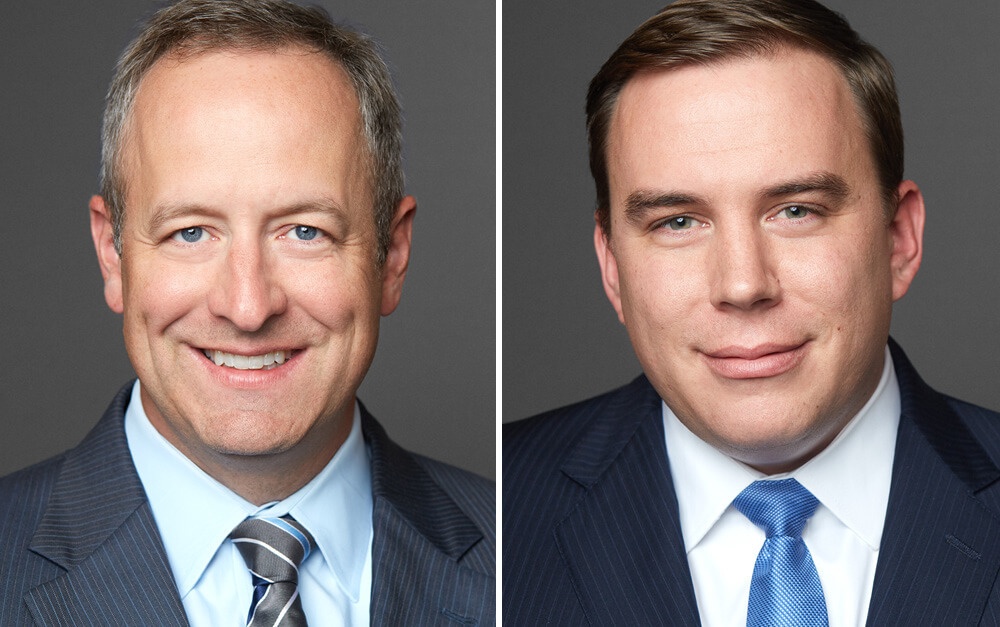 On January 25, 2018, Robbins Geller partner James Barz was named a 2018 Illinois Super Lawyer, and for the second year in a row, associate Frank Richter was named a 2018 Illinois Rising Star. Super Lawyers Magazine recognizes attorneys who have distinguished themselves for their high degree of peer recognition and professional achievement in their legal practices. Each year, no more than 2.5% of lawyers are honored as Rising Stars in each region. Annual selection is made through a statewide survey of lawyers, independent research evaluation of candidates and peer reviews within each practice area.

This award is just one of many for Robbins Geller in recent months, including being the only plaintiffs’ firm recognized as one of the nation’s top Securities Practice Groups of the Year for 2017 by Law360. The Firm was also named one of the Best Law Firms by U.S. News – Best Lawyers® and received a Tier 1 ranking by The Legal 500, which called the Firm “one of the market leaders” with “a disproportionate number of cases as lead counsel.” Additionally, in ranking Robbins Geller a Top Ten Plaintiffs Firm, Benchmark Litigation called the Firm “[o]ne of the country’s best-known plaintiff shops,” and in awarding Robbins Geller with four Band 1 rankings, Chambers USA noted that “Robbins Geller is the leader in the battle against corporate securities fraud, recovering tens of billions of dollars to date for its individual investor and pension fund clients and the classes of investors they represent.”

For more information on Super Lawyers’ methodology, visit their website.