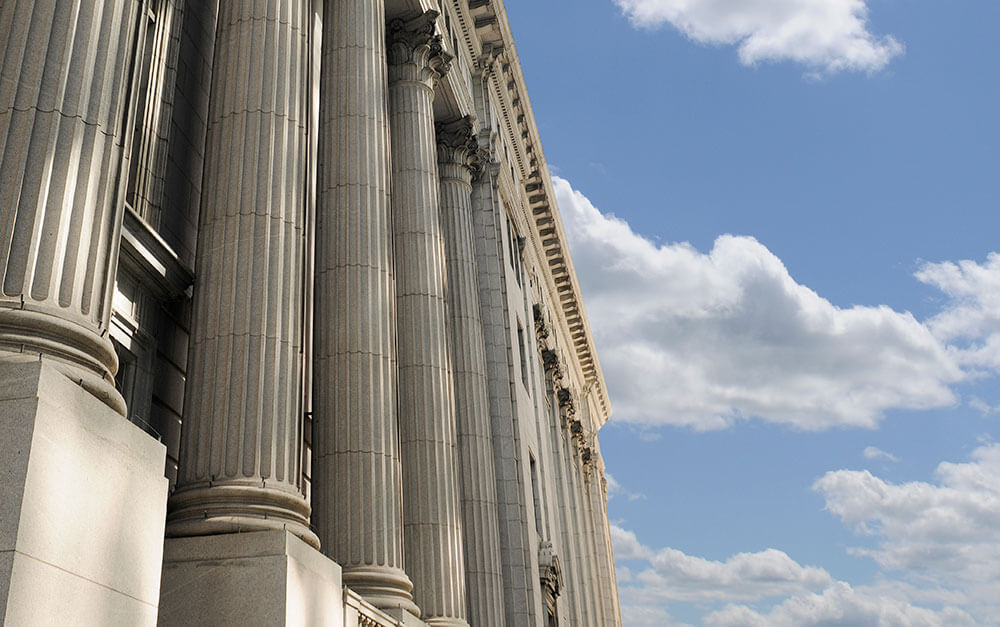 On August 1, 2019,  Benchmark Litigation selected Robbins Geller partners Jessica Shinnefield, Daniel Pfefferbaum, Darryl Alvarado and Jason Alperstein to its 40 & Under Hot List for being “the best and brightest law firm partners who stand out in their practices throughout the US and in Canada.” Referred to as “the top young talent in their respective litigation communities,” these “ambitious and accomplished lawyers frequently handle major cases – some of which are high-stakes or precedent-setting,” said the publication.

For the past 15 years, Jessica Shinnefield has prosecuted numerous high-profile class and individual securities actions, resulting in hundreds of millions of dollars of recoveries for pension funds across the country. Jessica works on every aspect of her cases, from case investigation and initiation, through discovery motion practice and trial, and when necessary, post-trial appeals. Marking the second time that she has been named to the 40 & Under Hot List, Jessica was a member of the litigation team prosecuting actions against investment banks and leading national credit rating agencies for their roles in structuring and rating structured investment vehicles backed by toxic assets in Abu Dhabi Commercial Bank v. Morgan Stanley & Co. Incorporated (“Cheyne”) and King County, Washington v. IKB Deutsche Industriebank AG (“Rhinebridge”). These cases were among the first to successfully allege fraud against the rating agencies, whose ratings have traditionally been protected by the First Amendment. Reuters described the settlement as a “landmark” deal and emphasized that it was the “first time S&P and Moody’s have settled accusations that investors were misled by their ratings.” Jessica is currently prosecuting the In re American Realty Capital Properties, Inc. Litig., a complex and high-profile securities case, with investigations into the defendant company’s conduct by the SEC and DOJ, the conviction of the company’s Chief Financial Officer and guilty plea of its Chief Accounting Officer, and a complex accounting scheme implicating 40 defendants (including the company’s auditors), and giving rise to 13 securities claims. The case is currently being prepared for trial.

Marking the fourth consecutive year he has been recognized, Dan Pfefferbaum has recovered more than $100 million for individuals and institutional clients in complex securities fraud class actions across the country. He was a key member on the litigation team that secured a historic recovery on behalf of Trump University students in two class actions against President Donald J. Trump. The court hailed the settlement amount as “extraordinary” and “all the more exceptional when viewed in light of the risk” of continued litigation. Dan was also an integral member of the Robbins Geller litigation team in Garden City Emps.’ Ret. Sys. v. Psychiatric Solutions, Inc. in which, after more than four years of litigation and on the eve of trial, he led shareholders to a $65 million recovery. Other notable cases include In re PMI Grp., Inc. Sec. Litig. ($31.25 million recovery); Cunha v. Hansen Natural Corp. ($16.25 million recovery); In re Accuray Inc. Sec. Litig. ($13.5 million recovery); Twinde v. Threshold Pharm., Inc. ($10 million recovery) and, most recently, Xiang v. Inovalon Holdings, Inc. ($17 million recovery).

Darryl Alvarado was recognized by Benchmark Litigation for the second time.  In focusing his practice on securities fraud and other complex civil litigation, he has helped secure hundreds of millions of dollars for injured investors. Not only did Darryl play a major role in securing a $388 million recovery for investors in Fort Worth Employees’ Retirement Fund v. J.P. Morgan Chase & Co., but he was also a member of a team of attorneys that secured $95 million for investors in Morgan Stanley-issued RMBS in In re Morgan Stanley Mortgage Pass-Through Certificates Litig. Similar to Jessica, he was also a key member of the litigation team that obtained a “landmark” settlement on the eve of trial from the major credit rating agencies and Morgan Stanley in the Cheyne and Rhinebridge cases.

This year’s honor marks the third time that Jason Alperstein has been recognized by Benchmark Litigation. Among his most notable cases include In re Volkswagen “Clean Diesel” Marketing, Sales Practices, & Prods. Liab. Litig., in which he helped prosecute claims on behalf of almost 600,000 consumers who were misled into purchasing and leasing Volkswagen, Audi and Porsche vehicles that were marketed as environmentally friendly, yet emitted toxic pollutants up to 40 times the legal limit permitted by the EPA. Jason is currently litigating several other automotive cases, including Bledsoe v. FCA US LLC, in which he is working with a number of other firms on a case against FCA and Cummins, Inc. concerning Dodge Ram trucks that emit pollutants such as NOx emissions beyond legal limits and contrary to the representations made by defendants. He is also working on Benkle v. Ford Motor Co., a case involving defective electronic throttle body units in Ford vehicles, and In re Ford Fusion & C-MAX Fuel Economy Litig., representing automotive owners against Ford for false or misleading advertisements about certain Ford vehicles’ fuel efficiency.

These talented Robbins Geller partners “are able to adapt to rapidly changing times in addition to juggling their flourishing careers and personal lives, and all while staying on top of their industry,” concluded Benchmark Litigation.

Though it focused solely on the U.S. commercial litigation market when it first began in 2008, Benchmark Litigation now also covers Canadian and Mexican litigation markets. Rankings result from the culmination of a lengthy research period, during which Benchmark Litigation researchers conduct thousands of interviews with litigators and their clients. Recent casework handled by the firms is examined, and sources are asked to offer their professional opinions on the attorneys practicing within their state or national practice areas. For more detailed information regarding Benchmark Litigation’s selection methodology, visit their official website.