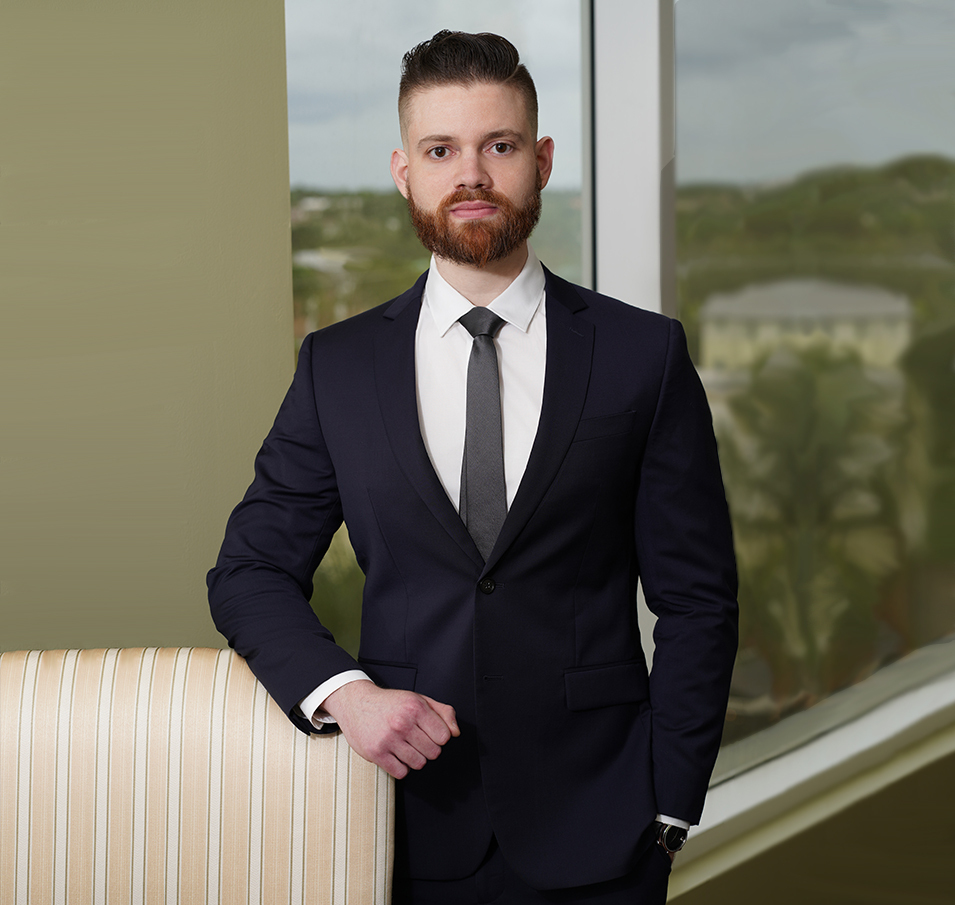 Before joining the Firm, Sam practiced securities litigation with a defense firm in Atlanta and another plaintiff’s firm in Philadelphia; he has represented both investor classes and companies in complex shareholder disputes. Sam was a member of case teams that recovered $187,500,000 from Snap Inc. and its leadership for inadequate disclosure of Instagram competition and $65,000,000 from SeaWorld and its leadership for inadequate disclosure of declining park attendance caused by the Blackfish documentary.

Sam earned his Bachelor of Arts degree with honors in Criminology & Law from the University of Florida’s honors program. His instructors elected him to Phi Beta Kappa. Sam then earned his Juris Doctor degree with honors from Emory University School of Law, where he served as President of the Student Bar Association and taught Advanced Legal Writing & Editing under Professor Timothy Terrell. He also supported The Coca-Cola Company’s legal department as an extern, the Emory Bankruptcy Developments Journal as its symposium editor, and the Emory Corporate Governance & Accountability Review as its senior contributing editor. Sam received the inaugural Restoring Religious Freedom Project Award – for his work under Dr. Mark Goldfeder on an Eleventh Circuit appellate victory against the Georgia Department of Corrections, which protected Muslim inmates’ rights to grow beards – and the Dean’s Service Award.

Sam has introduced former U.S. Presidents Clinton and Carter at large speaking engagements. He is an avid Miami Heat fan.

Sam is currently licensed to practice law in Pennsylvania and is not assigned to cases in Florida courts, pending his bar admittance in Florida.